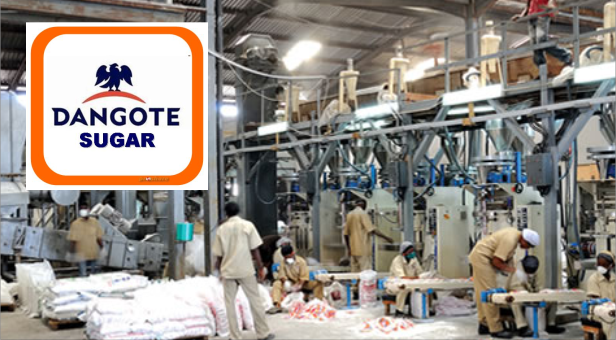 Again, a subsidiary of Dangote Group, Dangote Sugar Refinery Tunga in Awe Local Government Area, Nasarawa State, has reportedly invaded Ugber with bulldozers, thereby demolishing over 300 houses.
The demolition came about three months after the company carried out a similar operation that affected about 200 houses belonging to the people of Kukurubi, a community in Awe LGA.
The head of Ugber, Mr. Timothy Ti’igh and Chairman of Tiv Development Association (TIDA) in Awe LGA, Mr. Ezekiel Orkuha made these allegations at a session with journalists yesterday, lamenting collateral loss to the demolition exercise.
Narrating the ordeal of his people, Ti’igh lamented that the sugar firm did not even contact them about buying the land, let alone talking about compensating the owners of the land in the communities.
He said: “We only woke up on Thursday to see the company with bulldozers in our village, pulling down our houses. We lost 80 bags of rice, 43 bags of sargam, 27 bags of soybeans, 3,000 tubers of yam and 17 bags of bean seeds in the demolition exercise.
“The team destroyed several basins of our smoked fish, beds and beddings and other valuables in the fire they set on our houses as you can see. They snatched a bag containing some money and a handset from my son and took it away,” the village head alleged.
He added: “I am lost as nobody compensated us but only to come in with bulldozers and levelled down our houses as if we are at war with Dangote.
The village head lamented that the Ugber inhabitants “have been rendered homeless following the demolition of their houses by Dangote firm as they now sleep under trees without blankets.
“I am appealing to the Nasarawa State government and well spirited individuals to come to our rescue by providing succour to our pathetic condition,” Ti’igh appealed.
Also speaking at the session with journalists, Orkuha alleged that the demolition was happening for a second time as people from Dangote firm did a similar thing to the village last year and even burnt down houses.
He said: “When I got wind of planned demolition of Tiv villages in the area, I held a meeting with the executive chairman of Awe LGA and heads of security agencies in the council to manage the impending threat.
“It was resolved at the meeting that the Awe LGA should write formally to the Dangote Sugar Company advising it to suspend all demolition of Tiv villages pending when investigation is carried out to ascertain the reality on ground.
“However, when I got information on Thursday that Dangote bulldozer was heading to demolish Ugber village, I complained to the Chairman of Awe LGA, Mr. Umar Dan-Alkano at his residence. The chairman simply asked me to meet him in his office, which I did. But he was nowhere to be found in his office and even refused picking or returning my phone calls.”
The council chairman did not answer his calls nor respond to text messages from our correspondent.
sharing is Caring... Please Share