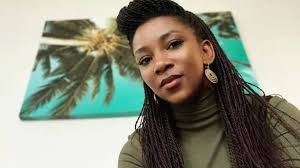 Amid speculations of an ailment, Nollywood multiple awards winning actress, Genevieve Nnaji, has returned to social media and uploaded a video of herself perfecting her painting skills on a canvass.
In the short video, the actress was seen in a serene environment with smiles etched on her face and was displaying painting skills she had acquired over the years.
Nnaji returned on Wednesday to the American photo and video sharing social networking platform, Instagram, barely two days after unfollowing other users and deleting all previous posts, an action that attracted claims that she might be battling some ailments.
In the video clip posted on Instagram which she captioned, “#mindfulness”, the actress did not show any sign of battling ailments and did not debunk reports alleging her health challenges.
Meanwhile, sources said that the post was to douse tensions her removal of posts had generated, less than two months after she spoke extensively on mental health and argued that it has a lot more to do with spiritual than physical.
Before the new post, reports had claimed that Nnaji was allegedly hospitalised due to a mental illness and that was why she could not respond to messages on her birthday, May 3rd, even after she was celebrated across social media platforms.
It would be recalled that Nnaji, a producer, and director, gained prominence with her role as a child actor in the then-popular television soap opera, ‘Ripples’, had over the years displayed her talent before the camera and became a brand globally.
She has received several awards and nominations for her works — some of which include the Best Actress of the Year Award at the 2001 City People Awards and the Africa Movie Academy Award for Best Actress in a Leading Role in 2005, making her the first actor to win the award.
Her movie, ‘Lionheart’, was selected by the Nigerian Oscars Selection Committee (NOSC), as Nigeria’s submission for the best international feature film category of the 2020 Oscars.
sharing is Caring... Please Share