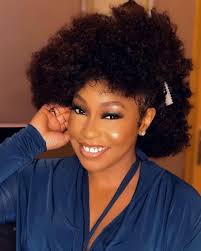 Rita Dominic is one actress whose fans have been looking forward to the day she would tie the knots.
However, the screen diva, who has a youthful mien, maintains that she will not allow the pressure to get married get to her.
Speaking in a chat with media personality, Chude Jideonwo, the ‘La Femme Anjola’ actress said, “I respect the institution of marriage. My parents were married and they were close till they both passed on. That is why I have always said to myself― I will not let the pressure get to me and make a mistake. I want to do it and stay in it forever. So I want to be sure. You can’t really be too sure, but at least (I want to be) as sure as it’s reasonably possible.
“I always tell people that the wedding is nice but it is the marriage that is important. After the event is over, how would one feel about one’s spouse in the next 10 years?
“That has always been very important to me. I watched my parents be in love, grow old together and they were friends. There is no marriage that is easy. They had their shortcomings but they loved themselves till they died. They were that close that when my mother died, my dad never recovered from it.
“They were so close. As a matter of fact, he fell ill and just deteriorated. That was because of how close they were. I admire that and that is what I want for myself.”
Asked about her love for children, Dominic stated, “I just really think differently from a lot of people. There are certain things I don’t let get to me. I see life differently. I may not have birthed them but I have children and other people I take care of. Obviously, I will love to have my own (biological) children.”
The actress who got rave reviews for her movie, ‘The Meeting’ said she initially did not want to play that role. She added, “I did not want to play that role and I actually refused. But, Mildred Okwo convinced me. I did not want to play the role because it was a complex character and I was producing for the first time. She talked to me about it but I still refused. Then one day, we had a conversation and she just believed I could do it. She found a way to press my ‘mumu button’. So, I decided to do it.”
sharing is Caring... Please Share