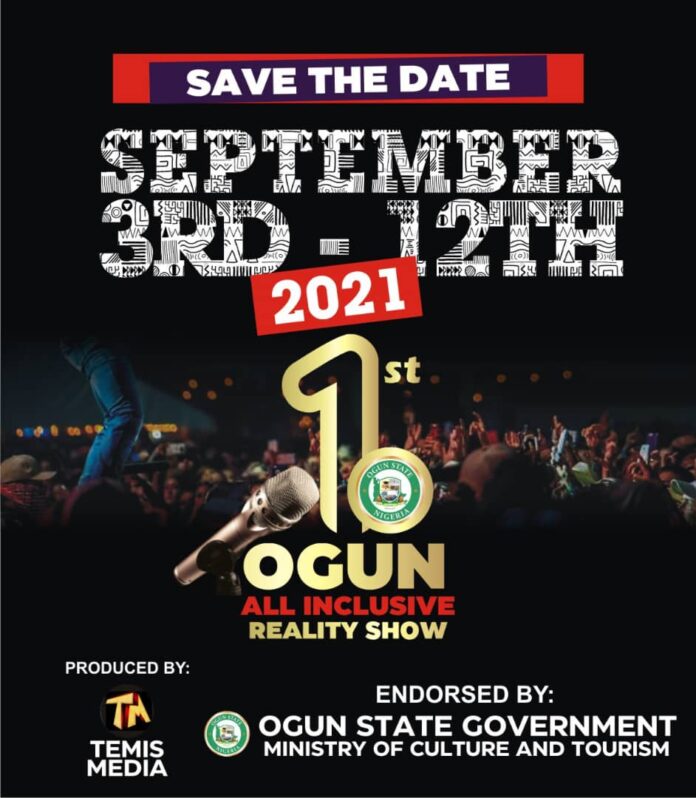 The Hon. Commissioner for Culture and Tourism in Ogun State, Hon. (Dr.) Emmanuel Oluwatoyin Taiwo JP FIIM, has pledged that the sate Government will not relent in its efforts in ensuring the success of the first “All Inclusive Reality Show and Concert 2021” scheduled for September, 2021 having scored the organiser, Temis media excellent for its level of preparedness for the event.
Oluwatoyin Taiwo stated this on Monday during the official press conference for the unveiling of logo and launching of website (www.allinclusiverealityshow.com)  for the event at the conference Hall of the  Ministry iniOke-mosan, Abeokuta. 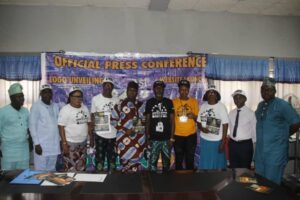 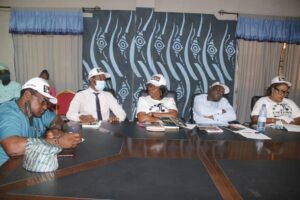 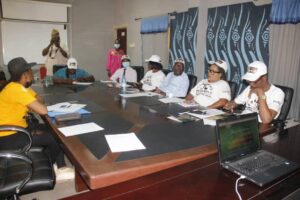 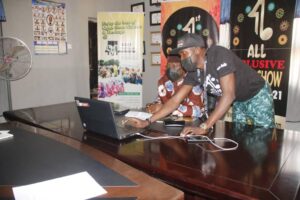 “I appreciate the fact that the organizer, Temis Media is focused with the interest of Ogun State at heart.
“The progress mads so far in the planning has shown the level of your readiness and capabilities that you can deliver this project.
“Ogun All Inclusive Reality Show is a project that further translates the Governor’s intention for good governance.
“As a ministry under the Government, we assure your of our organization’s full support to make this event an historical one,” he said.
He encouraged the management team to ensure that all hands are on deck to make the event an historical one saying that the Ogun State Government will do the needful for the actualization of its success.
Hon. Dr. Taiwo enjoined the participants to put in their best, while assuring that in an event of this nature there is always a reward for the best.
Responding the CEO of Temis Media, Temidayo Babalola stated that the press conference was a progressive approach to an historical and remarkable flow of event, while appreciating the corporation of the state government through the Ministry of Culture and Tourism.
Babalola added that Ogun All Inclusive Reality Show Project is an opening into a new socio-cultural realm for  Ogun residents saying using music, tourism and culture to facilitate economic growth will no doubt foster unity and enhance success in Governor Dapo Abiodun’s intention of dishing out the dividends of democracy throughout the nooks and crannies of the state.
“Music has been the yardstick to develop the promotion of socio- economic-cum-cultural activities in the society thereby fostering unity, comfort, relaxation through its lyrics, tones and beats.
“However, prominent Ogun indigenes such as the ate Fela Anikulapo Kuti, the late Hubert Ogunde, the late Ayinla Omowura, Commander Ebenezer Obey Fabiyi, King Wasiu Ayinde, Adewale Ayuba, Shina Peters, Queen Salawa Abeni, Evang. Tope Alabi, Alhaji Sefiu Alao, Olamide, Dbanj, Wiskid, Asa, Reminiscent, Kiss Daniel amongst others have played huge roles in promoting the state and developing entertainment industry in Nigeria. Hence the celebration of its pride during Ogun All Inclusive Reality Show,” he explained.
He reiterated that All Inclusive Reality Show portal is ready for free registration for all talented youth across the 20 Local Governments in the State via www.allinclusiverealityshow.com ranging from age 18-35, adding that the  first edition shall focus on music genres with lots of prizes to be won.
The camping for rehearsal is scheduled for ten days, starting from 3rd of September to 12th September, 202, when the grand finale will hold.
In conclusion, he called on the youths to eschew violence, cultism, crimes and embrace talents and urged them to remain focused in  bid to reviving and sustaining the state’s cultural heritage and pride.
Other management team present at the event were the Director of Culture, Mr Oluwaseye Adeyemo, Director of Tourism, Mrs Tokunbo Peters, Director of Admin and Supplies, Mrs Oshilaja Olayemi, Director of Planning Research and Statistics, and Mr Femi Osanyinpeju.
Others were the Director of Finance, Mr Kehinde Craig, Director of Visual Arts, Mr Emmanuel Ikwe, Director of Hotel and Allied Business, Mr Michael Ogunbiyi, Press Officer, Mrs Otegbade, and Photographer, Mr Oduwole.
sharing is Caring... Please Share