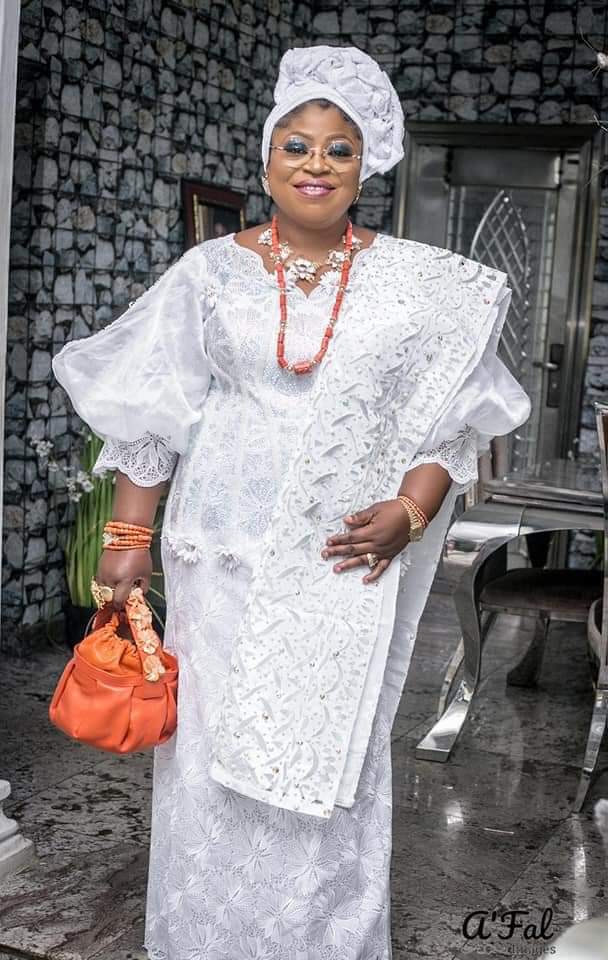 Palace of the Ooni of Ife(Ile Oodua) in Ile-Ife has announced the decision of the Ooni of Ife, Arole  Oduduwa Olofin Adimula, Ooni Adeyeye Enitan  Ogunwusi Ojaja II, to confer the prestigious chieftaincy title; “Iyalaje Oodua” on the Global Coordinator of the Annual Aje Festival & Lagos based international business tycoon cum philanthropist, Princess(Dr)Oluwatoyin Kolade.
The announcement was expressed in a statement by Comrade Moses Olafare, Director of Media & Public Affairs in Ooni’s Palace, which was made available to journalists on Wednesday.
Princess Kolade’s profile as a benevolent and successful major player in the Nigerian private business sector who started as a petty trader in her home town of Ilesa in the State of Osun about 35 years ago, her involvement in the promotion of the rich Yoruba cultural values, her countless humanitarian services, her virtuous character of a disciplined family woman and her unfaulted respect for the royal institutions qualified her for the prestigious title of Iyalaje Oodua.
“Aside from her unquantifiable efforts in the promotion of cultural activities in Ile-Ife and Yorubaland, the unquantifiable contributions of Princess  Kolade towards the revival of the ancient Aje  festival which has today gained tremendous global limelight cannot be overemphasized.
“Today, ‘Aje’ festival which is the celebration of the diety of commerce, markets, wealth and prosperity is as prominent as any festival one can be proud of in Africa because of Princess Toyin Kolade’s superlative coordinating capacity driven by dedication and patriotism as a proud descendant of Oduduwa.” Olafare said.
In fulfillment of his cultural/tourism revolution agenda for Yoruba people and the lager Oodua  race worldwide, Ooni Ogunwusi who is regarded as the Traditional Head of the Oduduwa Race worldwide, in 2017 appointed Princess Toyin Kolade as his Cultural Ambassador in charge of Aje Festival with the responsibility to attract global acceptance for the annual celebrations of Aje deity, one out of the 401 deities who had populated the first dynasty of mankind known as Ife Oodaye thousands of years ago.
Advancing the cause of Aje festival as assigned, Toyin Kolade has so far successfully coordinated five editions of the annual celebrations in Ile-Ife hugely participated by local and foreigners.
Also in September 2019, she led a team to launch Aje festival in Brazil hosted by the City Parliament in Rio De Janeiro, Brazil where received awards of excellence for herself and for the Ooni from the Government of Rio De Janeiro.
According to Comrade Olafare, a date in the month of July shall be announced soon by the palace for the traditional rites and other activities for the installation ceremony at the ancient city of Ile-Ife believed to be the source and natural headquarters of the Oduduwa race globally.
sharing is Caring... Please Share