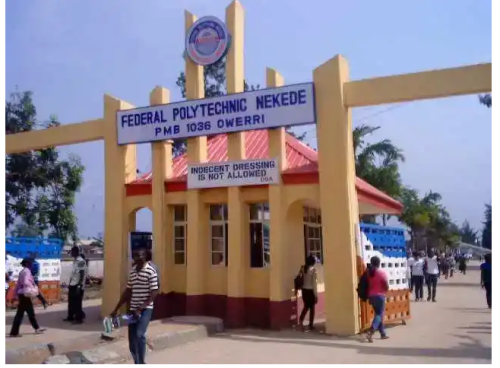 The management of the Federal Polytechnic, Nekede, Imo State, has barred students of the institution from driving on its campus.

The school in a circular released on Friday noted that students who brought cars to school were flamboyant with their wealth.

The circular signed by the school’s Registrar, B.O Dara stated that students who had cars could park them outside the gates of the campus and not bring them in.

The school management however stated that only staff baring their identification cards are allowed to drive into the school premises.

The circular read in part, “Management at its emergency management meeting deliberated on the use of vehicles by students and their flamboyant display of wealth on campus.

“After thorough deliberation, management, therefore, directed that students are hereby banned from driving their vehicles into the campus.

“Only staff are allowed to drive into the campus as the staff would be identified by the presentation of their ID card.

“All students must always have their identity cards with them while on the school’s campus.”