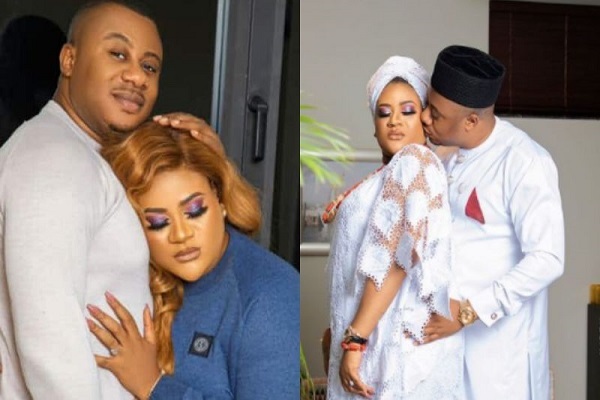 Opeyemi Falegan, the ex-lover of actress Nkechi Blessing, has questioned those criticising him over his statement that the actress lacks personal hygiene.
In a post on Instagram, Opeyemi said, “When she said I was a two minutes man, it was normal to everyone. When she said I was jobless, it was normal to everyone. When she said she fed me, it was normal to everyone. But when I revealed a little of her secret, I became the bad one. Why the double standard?”
In a previous post, he had apologised to the actress after they had a messy breakup where she said she was the one feeding him, among other claims.
Falegan said, “I apologised to her because I just want bygone to be bygone. Not because I want her back. Are you serious? Do you know why I left? Personal hygiene. You have to tell a woman to change her pant in three days. You have to tell a woman to brush her teeth in the morning. After the whole thing, everywhere is messed up. Do you want me to manage that? No, I wouldn’t.”
Meanwhile, there have been several reactions to the former lovers’ spat.
Onyiyechistephen said, “This man behaves like a child.”  Sleekjk2 wrote, “You are talking rubbish, sir. If you want to say she is dirty, just say it out of your mouth. Which one is she wears one pant for three days? No, please. That is low even for you.”
Unapologetic_sina wrote, “If shamelessness is an award, this man is overqualified. Just see someone’s serious boyfriend.” Kolawokola123 wrote, “Nkechi can be everything. Talks too much, proud. But you see smelly girl? Not Nkechi. I used to be friends with that girl. Don’t be lying.”
sharing is Caring... Please Share