medicine to treat uti over the counter walmart adderall xr price cost of generic cymbalta 60 mg can you get nystatin cream over the counter
31.8 C
Lagos
Friday, March 5, 2021

Following the many accussations from aggrieved Nigerians Inspector General of Police, Ibrahim Idris, has barred operatives of the controversial Police Special Anti-Robbery Squad, SARS, from conducting stop and search on roads.

He also stopped them from acting as bodyguards to prominent Nigerians just as he warned them against further delving into civil matters including land disputes, personal disputes, debt collection and all matters considered civil.

Besides, the police chief said all operatives of the anti-robbery unit of his organization must henceforth always appear in official unit clearly marked for identification.

Idris, who spoke during a meeting he held with commanders of the Police Anti-Robbery Squad, at the Force Headquarters, said the Nigeria Police Force under his leadership was concerned at recent clamour by some Nigerians that the unit be scrapped and attendant opposite reactions by others.

He said they can only conduct stop and search operation on roads only when necessary, adding that such operation must be only on the permission of Commissioner of SARS or Deputy Commissioners and Assistant Commissioners of Police in charge of operations in the commands they are answerable to.

Any operation conducted by the operatives, according to the Inspector General of Police, must be in a “non-discriminatory, proportionary, fair and accountable manner.” 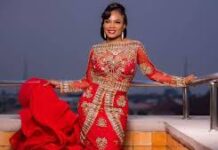