This was contained in a statement released to the media by the group dated September 1, 2019.

“The attention of National Union of Ogoni Students NUOS INTL, USA and, Ogoni Lives Matter INTL USA have been pinched to a fraudulent decision handed down by an Abuja High Court, granting 20 years’ license to the Royal Dutch Shell, which had been criticized and forced out of Ogoni for non-payments of rent, loyalty and other matters, as she found herself on a desperate ground to access its old colony, the Ogoniland, through the back door.

“Although we consider the decision as a huge blow to the Nigerian government, Mr. president and Minister of petroleum; the outcome is a testament that Nigerian government has no sovereign rights or control over OML 11 oil, but the Ogoni people.

“As a result, the court order granting 20 years license to Shell does not in whole or in part guarantee Shell right to Ogoni oil,” the statement read.

The groups stressed in the statement that they noted with surprise to “see deep holes in the government defense despite Shell gross violation, which range from oil theft, oil racketeering, organized crime, money laundering, bribery and kickback scheme to defraud Nigeria, government couldn’t make a reasonable case against Shell.”

NOUS and OLM INTL added that the argument of the government was a mere propaganda, and that they viewed the opinion and ruling “as fraud, judicial and political tribalism, misused and abuse of power.”

They emphasized that no independent court with competent authority will issue such an opinion to a company that they said had no legal ground to such request, saying that given that Shell’s license had been revoked democratically by the host community and that “this court decision is a total mockery of justice.”

NOUS then called on Ogoni people to go about their lawful activities and disregard the opinion, “as government and Shell conspiracy, and a distraction.”

They called on Ogonis to ignore as well as reject Legbosi Pyagbara, “the corrupt and disgraced Ex-MOSOP President’s ignorance utterance aired on FM, to appeal the ruling as inappropriate, insensitive, unintelligible and unacceptable. The said appeal will only unnecessarily give Shell a wedge.”

It was suggested in the statement that, “should judicial tribalism becomes the new route Shell hope to use in accessing Ogoni oil through the back door, we would like to suggest to Shell that a good place to start is for Shell and the government to be brave and face their fears now that the crime scene, prison and behind closed doors are talking, exposing their undercurrents while our leaders were killed, particularly now that the scandal that ASO Rock and the late Sani Abacha invited Brain Anderson, former CEO of Shell, to endorse, encourage the ploy that slaughtered and dismembered four Ogoni illustrious sons, an incident that trump up the charges that led to the hanging of Ken Saro-Wiwa, and eight other Ogoni activists three weeks before the incident.”

They reiterated that just as an “untrustworthy tenant” who refused to pay his/her rent and was consequently evicted 26 years ago, has no claim over his old apartment or landlord, so is “Shell corruption and their insensitivity to Ogoniland, laughable.”

The group pointed out that they hoped Shell understood that we live in an era when information travel like speed, adding that they were watching “to see how Shell will resume oil production in OGONILAND to kill one million Ogonis.”

“We have repeatedly stated; Ogoni does not oppose oil resumption in Ogoniland. But Ogoni vehemently oppose oil theft and therefore reaffirm that Shell remains persona non grata in Ogoniland.

“Finally, we also want to use this medium to inform the Nigerian government and Shell that Ogoni oil is not for sale.

“An Ogoni indigenous company will be requesting the Ogoni mining license so as to create job for its youths and pay taxes to the federal government.

“We are also using this opportunity to call on Shell’s parents government, particularly, the Netherlands and the British government to stop pushing Shell into Ogoniland until such a time both governments are able to investigate Shell involvement in the killing of over 300,000 Ogonis, the killing of Ogoni 4, the hanging of Ken Saro Wiwa and eight other Ogoni activists, evidence submitted to your home government by Amnesty international as well as disabled their lip service on Ogoni cleaning because HYPREP is a medical and environmental fraud.

How to maintain your leather footwears 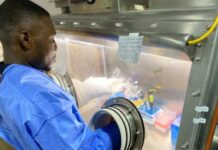