Wike, in a statement issued in Port Harcourt yesterday by his special assistant on Electronic Media, Simeon Nwakaudu, called on Nigerians to disregard the posters, describing it as the handiwork of mischief makers.

The governor stated that the posters are from political mischief-makers, who forgot in their haste that nobody runs for the office of vice president.

The statement reads, “The attention of the Rivers State Governor, His Excellency, Nyesom Ezenwo Wike has been drawn to the posting and circulation of fake vice presidential posters by political mischief makers.

“We urge Nigerians to disregard these posters as they have no link with the Rivers State Governor. Nobody runs for the office of the vice president.

“The Rivers State Governor has the mandate of the good people of Rivers State and he is focused on delivering quality projects and programmes for the people.

“Governor Wike will not be distracted by the antics of misguided politicians who want to mislead Nigerians.” 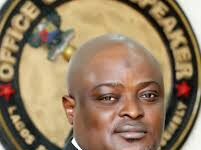