Northern Elders of the Peoples Democratic Party (PDP) yesterday maintained that the zoning arrangement, which allotted the presidency to the North as approved by the party’s national convention still stands.

According to the elders, while the North will produce the president, the Southern zone is to produce the national chairman of the party.

They stated that micro zoning is not binding on the party, even as they stressed the need for constructive engagement over the choice of who emerges.

The party leaders who rose from a meeting in Abuja rebuked Ekiti State governor, Ayo Fayose, for joining the presidential race under the platform of the party in disregard to the zoning formula of the party, which zoned the ticket to the North.

They warned Fayose to desist from trying to spoil the party, adding that the zoning of the party’s presidential ticket to the North by the national convention stands.

While some of the leaders advocated sanctions against the governor for disobeying the party’s zoning arrangement, others argued that zoning of offices is legal in the party.

Despite the zoning of the party’s presidential ticket to the North by the PDP national convention, Fayose, who hails from the Southwest, had two weeks ago formally declared his presidential ambition.

The Southeast zone of the party has also maintained its insistence on the North producing the presidential ticket.

Speaking at the meeting yesterday, chairman of the national caretaker committee of the party, Sen Ahmed Makarfi, said, “For the avoidance of doubt we asked the publicity secretary to issue a statement reaffirming that the zoning approved by the Port Harcourt convention remains valid and binding.

“I want to expatiate that the Supreme Court has also affirmed the supremacy of our convention. I wish to emphasize that the Supreme Court in affirming the authenticity of our caretaker committee has also reaffirmed that supremacy of decisions the convention. And one of the decisions taken at the convention is that of the composition of the caretaker committee and that of zoning of presidency and party chairman.

“As for the issue of micro zoning, I believe that what is required in both the South and North is consultation. As for the presidency, it is clear that there is no confusion, but I want us to exercise caution so that we will not misinterpret what was said by the convention. While zoning has been recognized by the convention, micro zoning is not binding on any members.

Makarfi added that, while Southeast and South South have met, he would expect that the whole Southern leaders should meet to have a clear idea.

He however urged leaders from the North to have a common forum upon which to constructively engage stakeholders from the Southern region of the party.

His words: “Let us consult and build consensus and build overwhelming voice so that nobody will say they were denied their fundamental human rights. Mark you; people will never tire of taking PDP to court. That is why we need to be very cautious.

“Let’s engage ourselves, nobody will be forced to vote in a particular manner. I am confident that we will get to a level where we can deepen Consensus. If we have overwhelming consensus PDP will come out of the convention with less crisis and we will be home and dry”.

Makarfi noted that aside Ogun State, the sharp divisions within the party in most of states had been addressed, adding that the division in Ogun State is being instigated by one of the Senators.

“We struck a balance in each of those states, formed committees and they are working together now”.

Speaking earlier, the chairman of the party’s Board of Trustees (BoT), Sen Walid Jibrin, took a swipe at Fayose for joining the presidential race against the zoning arrangement.

He promised that BoT would continue to maintain the dignity and unity of the party, saying “all the zones have agreed that the president of Nigeria must come from the North”.

Noting that yesterday’s meeting was very important to the political development in Nigeria, he added: “NEC has agreed and endorsed that the president must come from the North. We must therefore turn away from all tribal, sectional and religious difference and come too with an acceptable leader no matter where he comes from. We are ready to look inwards and president an acceptable leader”.

Jibrin maintained that with the array of leaders from the Northern region, decisions taken there will be binding.

“With all these leaders we must be able to take a decision in this meeting that will be acceptable to all the people in the North and Nigeria. We may do away with never-do-well and spoilers who intend to spoil the PDP, who are coming to make useless noise. They can never be anything. I am sure we will deal with him seriously in this meeting”.

He however maintained that everybody in the North must be accommodated.

Convener of the meeting and former Minister of Information, Prof Jerry Gana, lambasted Fayose for declaring for presidency under the party’s platform.

Gana said, “Whatever the Fayoses of this world has been doing, we have agreed and resolved that the position must go to the North. Let’s not fight over this. The best among us will emerge. When that person is in power we are all in power. The person for presidential ticket that will emerge must come from the three zones of the North”.

He noted that all the party stakeholders from the zones are meeting, stressing that “if we can be on same page we will have a solid position.”

He stated that while Nigerians responded to recent none elective convention positively, “people are praying for the PDP convention to be excellently done”.

He added: “People now know the difference between the PDP and the governing party. Let us give ourselves the best. Don’t let self-interest hide away the very best. Let’s provide men and women of capacity so that when they rise to speak people will say the party has changed”.

He said, “Let us stop these mini meetings. Any of such meetings must get the approval of the national chairman. We must be ready to ensure that at the convention, the main issue, which is the national chairmanship of the party, is well handled. If we don’t vote the Southwest, we can as well forget the PDP”.

He, however, said that the way forward for the party is a united front where “mini meetings”, if they should hold, “must get the approval of the national chairman”.

A former acting national chairman of the party, Dr. Bello Haliru, called for sanctions against Fayose and those going against the zoning arrangement of the party.

He said, “Zoning and rotation are part of the PDP Constitution. We must adhere to them if we are to keep this party alive.

“There are people who are bent on contesting, whether the office is zone to their place or not. We must discuss with the South so that anybody who goes against zoning can be punished. We cannot afford to have people come to the convention and make a fool of themselves and ridicule the party”.

A former Senate President, Dr. Iyorchia Ayu, noted that the PDP must put an end to impunity and dictatorship as preparations for the convention intensify. 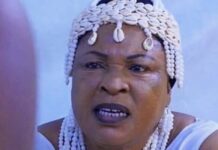 “You Have No Electoral Value, Your Only Motivation Is Personal Interest”...