what antibiotics are used for sinus infection vimpat cost without insurance metrogel over the counter substitute get prescription online for antibiotics
26.2 C
Lagos
Thursday, August 5, 2021 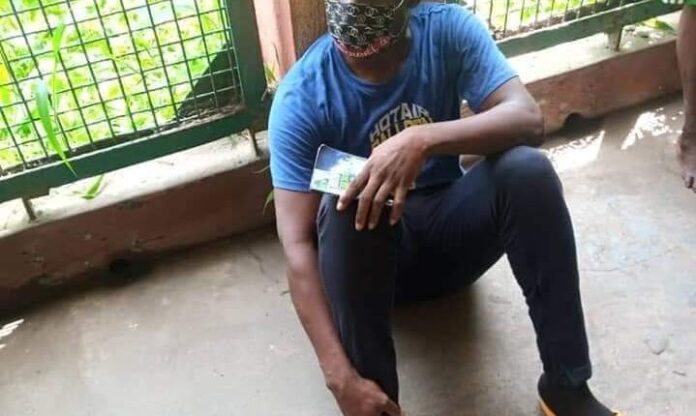 The Magistrate Court sitting in Yaba axis of Lagos has denied Nollywood actor, Olanrewaju Omiyinka, popularly called Baba Ijesha, bail over his alleged molestation of the foster child to Comedienne Adekola Adekanya also knowns as Princess, in the State.

The court further ruled that Baba Ijesha be returned to Nigerian Police Crime Investigation Department (CID) custody pending when he would be arraigned before a State High Court over his alleged involvement in the issue leveled against him.
As gathered, the court was about granting the artiste bail when the State Directorate of Public Prosecution (DPP) told the court that another suit had been filed against Baba Ijesha at the High Court and could be arraigned very soon.
Following the DPP appeal, Magistrate B. Nwaka, on Wednesday, ruled that since the case had been filed by Lagos State Government at a higher court, the court do not have power to ruled on it.
Nwaka further directed that the actor be remanded with the Police pending when the High court would call for the hearing on cases bordering on sexual assualts and child molestations brought against Baba Ijesha.
Addressing pressmen after the hearing, counsel to Baba Ijesha, Kayode Olabiran, disclosed that the actor would have been released but the inability to get a Level-16 staff of Lagos State Government to stand as surety affected their plans.
Olabiran added that all other conditions included in Baba Ijesha’s bail conditions set by Magistrate Toyin Ogrey were already met except for the staff included in it.
“So, getting a level 16 officers from the Lagos State Government had been the major challenge for his release. Due to the controversial state of the case, particularly the reaction generated through social media, where the suspect had been castigated. Considering this, some of the staff that were approached that had wanted to stand as sureties backdown over fears that their retirement benefits could be affected”, he added.
Some of the bail conditions listed by the magistrate during his visit to SCID, Panti that was met by the accused actor were an N500, 000 bail bond, one reliable surety who is a blood relation to Baba Ijesha.
On arrival at the court today, the counsel hinted that earlier plans was to get him bail but on arrival at the court, the DPP approached the magistrate and disclosed that they had filled a case at the High court on same issue.
“Inspite of this, we made an application before the magistrate for bail again based on his health condition, which had deteriorated, but he rejected our plea because another case had been filed at the high court by the DPP and due to that, the magistrate has been robbed of jurisdiction on the case.
sharing is Caring... Please Share

Oshiomhole Reacts To Attack On His Residence In Edo 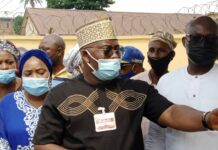