Twenty-six prison inmates in Ogun, has been granted amnesty on Wednesday by the Ogun State Chief Judge, Justice Mosunmola Dipeolu.

The amnesty came while they were awaiting trials by the prerogative power of the state’s Chief Judge during a three-day tour to the five prison formations across the three Senatorial Districts of the state.

Justice Dipeolu said that the second quarter’s prisons jail delivery was aimed to decongest prison formations of inmates after reviewing their cases while inmates with no case files, medical factors amongst others reasons were discharged to go and sin no more.

“The inmates were released with a view todecongestingt the prisons and the exercise is in accordance with the service of the law under the custody act. I want to appeal to the released inmates to be of good behaviour so that they do not return to the prison,” Dipeolu said.

“As you can notice here that more people are coming in on daily basis, crime rate is really very high in our society and we all know that that is why am recommending that more prison formations should be built to accommodate criminals, we can only release those that suppose not to be here”‎, Dipeolu said.

She added that some prisons have doubled its capacity which was not good for the inmates’ health, society and environment at large, saying that the courts are trying its best to decongest these prisons through the courts of the prison, intervention week and jail delivery exercise, yet most these prisons were still congested.

She lamented the level of prisons congestion across the state, stating that New Abeokuta Prison, Oba was only the prison that was not highly congested because of it relatively new and large capacity, compare to Ibara which has a capacity of 510 inmates, but now have about 1,164 inmates.

She called on government at all levels to find lasting solutions in decongesting the prisons across the state, as it was unwholesome for leaving prisons congested, so as to also avoid unnecessary jailbreak by the inmates.

Justice Dipeolu disclosed that two inmates were set free at Sagamu prison, nine at Ijebu-Ode, three at Ilaro, while five and seven were released at the new Abeokuta prison, Oba and Ibara prisons respectively.

In his remarks, the Controller of Prisons, Ogun State Command, Mr. Benson Abolade Victor, represented by the Assistant Controller of Prisons, Mr. Bamidele Oshin appreciated the State Chief Judge for the kind gesture, noting that the exercise was parts of unexpected justice and liberties which further attest to the respite of jail delivery to the prisons community and a great impetus to the Judiciary in the state.

“My Lord, it is the view and beliefs of these inmates that your prompt and timely visit always bring comfort, hope, and succor to them all with a common view of justice delayed is not denial”‎, he said.

He further stated that the Nigeria Prisons Services for view and mission of Reformation, Rehabilitation and Reintegration could hardly be appreciated as a result of the magnitude of Awaiting Trial Persons (ATPs)‎ in various prisons all over the country including Ogun State, noting that the presence of Chief of Judge was to carry out her statutory responsibility of jail delivery, so as to put smile to some families faces and thereby easing their own burden indirectly.

Fidelity Bank Staff In A Mess For Freezing Customer’s Account 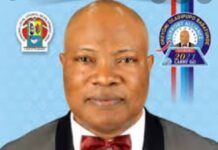 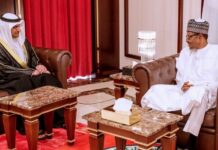