A 43-year-old cleric, Abdulsalam Salaudeen faces a life sentence if found guilty of child defilement charge, he is facing at an Ikeja Sexual Offences and Domestic Violence Court.

His trial for the alleged defilement of a five-year-old girl stalled on Thursday due to the absence of defence counsel.
The police charged Salaudeen with defiling the child who was under his tutelage on December 22, 2018 within the premises of the Olorunbabe Mosque located at No. 15, Palace Road, Igando, Lagos.
The trial was to commence on Thursday with two witnesses, the five-year-old girl and Mr Ebenezer Omijalele, a member of a Non-Governmental Organisation.
Reacting to the development, Mr Akin George, a Deputy-Director i the Directorate of Public Prosecution (DPP) and the lead state prosecutor in the case, told the court that the defence counsel did not inform the prosecution that he would not be present.
“My lord, at the last sitting, the defence counsel Mr M.O. Nasir was present in court and we both agreed on today’s date. I am baffled why Nasir did not come to court and also did not write ahead to inform my lord about his absence today. We have witnesses in court who cannot testify due to the absence of the defence counsel,” George said.
Justice Abiola Soladoye adjourned the case until January 16, 2020 for  trial.
The defendant, residing at No. 16, Awoyemi St., Ikotun, Lagos was arraigned on June 24. He plead not guilty to a charge of defilement and was remanded in prison . Salaudeen was allegedly seen by suspicious individuals sodomising the child via footage of a hidden camera which was installed within the premises of the mosque.
According to the prosecution, the offence contravenes  the provisions of Section 137 of the Criminal Law of Lagos 2015 which prescribes a life sentence for anyone found guilty of defiling a child.
sharing is Caring... Please Share 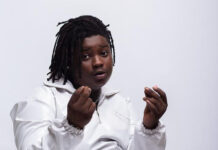