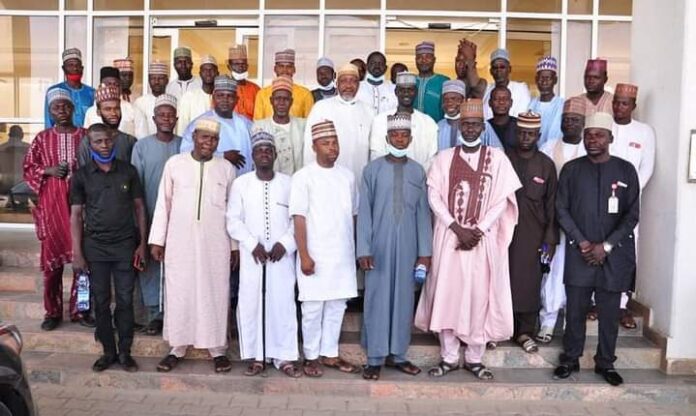 No fewer than 50 former lawmakers from the Peoples Democratic Party (PDP) have dumped the party to join the All Progressives Congress (APC) Gombe State chapter, just as they lamented that immediate past administration under PDP shortchanged them.

The 50 former councilors, who were led to pledge their loyalty to APC by Garba Pindiga, a former lawmaker from Ako Local Government, stressed that their monthly salaries less compared to what the current administration currently pay to incumbent council lawmakers.
At a short ceremony held on Thursday at the statehouse in Gombe, the former lawmakers commended the incumbent governor, Muhammadu Yahaya, for his leadership style.
During an interview with newsmen after the meeting, the former councillors alleged that Ibrahim Dankwambo’s led administration withheld their money.
′′ We are very surprised that even the salary the APC government is paying its councillors is very different from what Dankwambo government paid us”, they added.
Responding, the secretary to the state government, Abubakar Kari, welcomes them to APC, just as he assured them that the administration would investigate their complaints to ascertain their claims.
′′ We at the APC government in Gombe state are one and we welcome you to our blessed APC party. We thank you for this good expectation you have shown the world that Muhammadu Yahaya’s government is serving the poor is better than doing the work that is effective to the people”.
sharing is Caring... Please Share 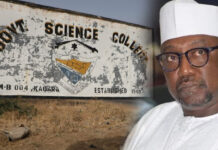