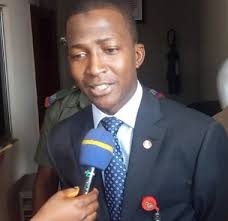 The  Economic and Financial Crimes Commission on Tuesday backed its new Chairman, Abdulrasheed Bawa, amidst allegations of corruption levelled against him upon his appointment.
A few hours after the President Muhammadu Buhari appointed him as the EFCC chairman on Tuesday, there were reports of his involvement in corruption.
But the commission defended him, saying he had no corruption record.
The EFCC Spokesman, Mr Wilson Uwujaren, said this in a statement on Tuesday while reacting to reports that Bawa was arrested and removed from his position as Port Harcourt zonal head of the commission for allegedly diverting 224 forfeited trucks.
Recall that the diversion of 224 forfeited trucks was one of the allegations levelled against Magu which was brought up before the Salami-led panel.
Bawa was also said to have appeared before the panel over the issue but said he had no hand in the auction of the assets as it was supervised by a different department.
The EFCC statement titled, ‘Abdulrasheed Bawa Has No Corruption Record – EFCC’ read in part, “The commission wishes to state categorically that Mr Bawa was never arrested or detained over sale of any assets.
“As zonal head of the Port Harcourt office of the commission in 2019, Bawa’s responsibilities did not include the sale of assets as the commission has a full-fledged Directorate of Assets Forfeiture and Recovery Management, which remit such matters.
“For the avoidance of doubt, the disposal of finally forfeited trucks in the Port Harcourt zonal office through public auction, was conducted after the exit of Bawa as zonal head. It is therefore illogical for him to have been indicted over an auction that was not superintended by him.
“The auction of trucks at the Port Harcourt Office was among the issues examined by the Justice Ayo Salami Panel, leading to the suspension of some officers of the commission. The commission, therefore, enjoins the public to disregard the false publication which is believed to be sponsored by mischief makers to impugn the integrity of the EFCC chairman-designate.”
It was learnt that a shake-up was imminent at the EFCC following the appointment of  40-year-old Abdulrasheed Bawa as the substantive  Chairman of the EFCC.
Bawa succeeded Ibrahim Magu, who was suspended in July  2020 when the President set up a panel led by Justice Ayo Salami (retd.) to investigate allegations of corruptions against him.
Bawa, who joined the EFCC in 2005 and who currently serves as the Head of the Lagos EFCC zonal office, still has several officials senior to him, most of whom are policemen including the current acting Chairman of the EFCC, Mr Umar Mohammed, who is 55 years old.

Availability: In stock Out of stock. cialis Shopping cart 0 items – 0. 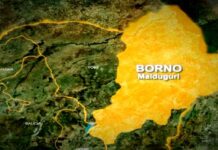 2019: PDP Outlines Election Conditions As , Atiku, Fayose And Others...