The contractor was summoned over what the governor described as ‘flawed’ quality and design.

A statement on Tuesday by Abiodun’s spokesman, Kunle Somorin, said the governor,“was surprised at the quality and pace of the “paid” judiciary complex on Kobape Road, Abeokuta when he visited the site on Tuesday.

The complex was among the last projects inaugurated by Amosun at the twilight of his administration.

But when Abiodun paid a visit to the complex on Tuesday, he condemned the quality and the design used by the contractor.

The statement read, “Abiodun expressed displeasure at the level of work done, describing the quality and design as flawed.

“The governor asked rhetorically, ‘but this job was fully paid for by the previous administration.’

“He said he could not understand why a project that was supposedly paid for 100percentt, was yet to be completed and delivered.’”

Meanwhile, Abiodun on Tuesday set up a nine-man panel to look at the caused of the challenges facing the state-owned Olabisi Onabanjo University Teaching Hospital.

The governor, in a statement by Somorin, said the nine-man committee was headed by the Chief Medical Director of Reddington Hospital, D.r Yemi Onabowale.

He gave the committee six terms of reference, including the directives that the committee should determine the state of facilities of the various units and departments and make recommendations on the steps necessary to ensure sustainable operation of the institution.

“Review all third-party arrangements in the institution, including the Private-Public Partnership and other services,,” the statement said. 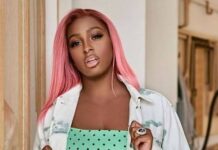 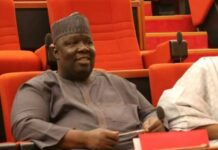 His Life Not Better Than That Of Other Nigerians, Sen Bala...