Share on Facebook
Tweet on Twitter
The Shepherd of the Celestial Church of Christ (CCC) Majemu Ayo Parish in Oke Odo Area of Lagos, Most Senior Evangelist Olasunkanmi Oguntola has appealed to the state government to assist them after the pipeline fire incident that occured in Igoke Estate area of Ekoro in Abule Egba.
It will be recalled that the fire incident broke out in the night of Sunday 19th January, 2020 killing about four residents, while properties and buildings worth millions of naira were lost to the inferno.
Recalling the incident, Evangelist Oguntola said that it started at 7pm or 7:30 pm on the fateful day and that they initially thought people were fighting in the area, when they heard some noise and that the odour of the fuel was much.
“I nearly fell down, while coming out of the church.
When I came out, I saw people running, but I initially stayed back.
“But what pained me most was the house of my father in the lord in the area opposite the church that got burnt.
“We later decided to run to Adeshina area, I then looked back and saw the flame. It was so cloudy and I heard a voice that said I should not go far that I could be robbed by some boys.
“When I came back, I saw three people trying to break my gate and I told them to leave that I was the owner of the house. I later heard a bang and the house opposite me went down.
“Also, our mission house got burnt, my sitting room, my bedroom, my wife’s clothes and everything were burnt. We could not even bring anything out. The whole thing got burnt within ten minutes.
“Our generator was outside because we were hoping that they would seize electricity at night. The incident was caused by pipeline vandalism,” he said.
The man of God added that his freezers, two fridges, and all the items in the room, and their garments got burnt in the fire.
He lamented that the garment he was wearing was sent by a co-shepherd or else he would have been left with the one he wore on Sunday, when the fire incident broke out.
On what the government should do for the residents of the area, Evangelist Oguntola urged them to come to their aid and offer some assistance.
“We need the assistance of the government, we were told that Governor Babatunde Olusola Sanwo-Olu came to pipeline area, but he did not get to our place.
“Some people have said that we should write our names, house addresses and all that. We want the government to come to our aid.
“I had wanted to cover the canal beside the church today. I had bought 50 bags of cement for the project, the sand is already there, we wanted to take the supply of granite today. We were told that some people died, but we did not see them,” he stated.
sharing is Caring... Please Share 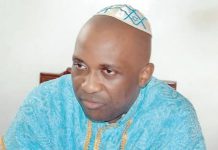 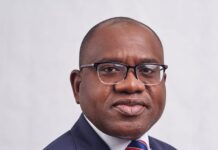 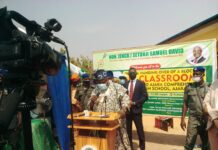