Attorney-general of the federation, Abubakar Malami has filed a suit before a federal high court in Abuja, seeking to stop the senate from probing the reinstatement of Abdulrasheed Maina into the civil service.

Gathered that the suit has been assigned to Binta Nyako, a judge of the federal high court, Abuja.

Mr.Abdulrasheed Maina the former Director, Customs, Immigration and Prisons Pensions Office (CIPPO) and acting Chairman, Pension Reform Task Team (PRTT), SaharaReporters can disclose, fled the country on because of the weight of evidence of wrongdoing found against him by the Economic and Financial Crimes Commission (EFCC). Mr. Maina, whose return to the country, surprising reinstatement to the civil service and promotion despite absconding from his duty post since 2013 have further sullied the image of the President Muhammadu Buhari administration, has continued to claim innocence from his hideout.

The gathering of evidence against pension fraudsters by the EFCC began in 2010, when the commission was invited by the Office of the Head of Civil Service of the Federation (OHCSF) to assist in the verification/biometric exercise of Federal Civil Service Pensioners. At the beginning, the investigation threw up two fake pensioners, who were beneficiaries of payment mandates dated  August 31 2009 and issued to the OHCSF account (210430000545801) at the defunct Fin-Bank for a combined sum of N94.5million. 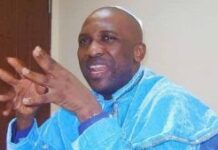 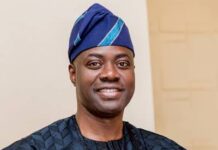 Obasa: Anyone Who Has Governed Lagos Effectively Can Lead Nigeria