Mr. Jagaba, who represents Kachia/Kagarko constituency of Kaduna State, announced his decision while reacting to his suspension from the APC in Kaduna State.

“APC is a sinking ship and I won’t perish with it,” he said.

Mr. Jagaba, who said he had expected to be expelled from the party, did not announce the party he would join.
Sources close to him, however, told journalists he will soon declare for the Peoples Democratic Party, PDP.

“I expected dismissal and now suspension. It’s been long I bid them farewell,” the lawmaker said.

“My body language, my utterances, my actions and inactions has demonstrated that I had parted ways with them for a long time. It’s unfortunate that they are not practical scientists to realise it,” he said.

He alleged that the APC has shown that the security and welfare of the people is not a priority.

“The electorates are more poorer now, Fulani herdsmen have continued to attack and kill my people unabatedly with both the federal and state governments doing nothing.

“The Governor of Kaduna State has continually said, he does not need the votes from Southern Kaduna to win election. He has demonstrated that he values the life of a cow than the lifes of Southern Kaduna people. So, I can’t stay with them in the same party,” he added.

The lawmaker said he would never beg to return to the APC.

“The power lies with the electorates and not in the hands of a political party,” he said, adding “if they are expecting me to come crawling on my knees to beg them, then they are day dreaming.”

OBJ vs Buhari Latest: ‘Obasanjo Is Only Engaging In Wild Sensationalism’...

‘Nigeria May Sink If Subsidy Stays Beyond 2022’ 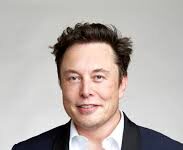 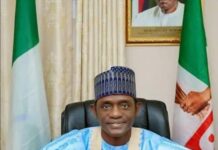