An emergency meeting of the National Executive Committee (NEC) of the All Progressives Congress (APC) has been scheduled for Tuesday, December 8.
This is coming barely after five months a similar emergency NEC meeting held at the Presidential Villa.
The Deputy National Publicity Secretary of the party, Yekini Nabena, who disclosed this in a statement on Sunday night in Abuja, said the meeting will review the party’s position and set agenda for the next moves.
According to the statement formal invitation has been sent to APC NEC members by National Secretary of the party’s Caretaker/Extraordinary Convention Planning Committee (CECPC), Sen. John James Akpanudoedehe.
It further stated in line with the COVID-19 public health protocols, “the NEC meeting will be virtual. Login details will be sent to APC NEC members in due course. The meeting is slated for 11am at the Council Chamber, State House, Abuja.”
At the last emergency NEC meeting on June 25, the Comrade Adams Oshiomhole’s National Working Committee (NWC) was dissolved and a 13-man Caretaker) Extra-Ordinary Convention Planning Committee (CECPC) under the chairmanship of Gov. Mai Mala Buni was inaugurated.
The committee was saddled with the core mandate of reconciling all aggrieved members of the party, resolve all intra-party crisis and conduct National convention of the party for the election of new members of the NWC.
The caretaker committee plans to commence registration and revalidation of party membership register, a move that may be ratified at the next week NEC meeting.
sharing is Caring... Please Share 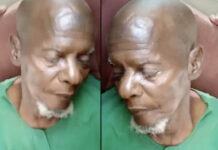 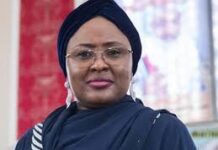