Nigerian youths have been urged to change their attitude/values and pursue those things that will add to the development of the society.

They were also advised to pursue their needs rather than wants so that they would not be involved in shaddy deals that could lead to consequences.

A former governor of Osun State, Ogbeni Rauf Aregbesola stated these at the launching of a book containing the opinions and suggestions of a former member of the Lagos State House of Assembly, Hon. Segun Olulade on national issues tagged; “Eleniyan Perspectives.”

Eulogising Hon. Segun Olulade, Ogbeni Rauf Aregbesola recalled that Asiwaju Bola Tinubu was not keen on contesting for governorship of Lagos State in 1998, but that he was encouraged to vie for the office by him and others and that a lady presented Olulade to the party as her son to work with them.

“There is something remarkable about Olulade, he wears a look that commands respect. He is always smartly, nearly and elegantly dressed. That is his greatest virtue as a young man,” he said.

He stated that it was very relevant if the lawmaker could achieve what he did at his age, adding that Olulade joined others to paste to ensure that Asiwaju Bola Ahmed Tinubu became the Governor of Lagos State in 1998.

Aregbesola, who was the Chairman of the occasion, then gave a lecture entitled; “You Can Be What You Want To Be.”

The former governor stated that predators take all they want to take, and that while predators are few, the preys are many.

He enjoined Nigerians, especially the youths to discover their needs and separate them from their wants.

“Needs are the things you require daily such as food, water, shelter and others.

“Wants are things like houses, cars and others. A car is a necessity in our society, but your choice of cars should be according to your capacity.

“Many people pursue their wants and get their needs. Wants are expensive, but needs are not,” he said.

The minister designate reiterated that he didn’t receive salary for eight years as the Governor of Osun State and that he never operated a bank account anywhere throughout his stay in office.

According to him, “I lived in a government house, I passed government roads, my security was provided by the government.

“Also, my children are old enough and the government provided my clothes.

“My guests are taken care of by the government. I didn’t have a house of my own in Osogbo, the capital of Osun State as Governor for eight years, so what did I need a salary for?

“It is now I am thinking of getting a house in Osogbo and I have been contacting friends to help me.

“I have friends that have houses in Ilesha, Osun State, my home town who are begging people to live in the houses. Building a house there is a want and not need for me.”

He stressed that in less than 50 years, the people have turned wants to needs, and that not all goals are desirable or beneficial, and gave an example of a man, who planned to have sex with not less than 1,000 women.

“Someone like Bill Gates set a goal that was beneficial to himself and to other people. He fulfilled his goal and has gone to other areas as a philanthropist.

“Many of us desire to be political leaders such as president, governors, ministers, commissioners, local government chairmen and others it is very easy, but you must work for it.

“While some people have opportunities and are not prepared, others are prepared, but the opportunity has not come.

“You must be prepared so that when the opportunity comes you will grab it.

“A lot of people are poor because they are consumers and not producers.

“They spend more than they earn anytime and the wisdom of being rich lies in earning more money than you spend.

“There must be self restraint. Don’t indulge yourself. You must learn to save and invest,” he said.

He emphasised that Nigerians have been living on free money, which he said is why the nation’s economy is very tiny and that the people have an illusion that the country is rich.

“If oil is 100 dollars per barrel that is 200 million dollars per day and that means each Nigerian gets 1 dollar per day, which is N366 for each person per day.

“We have been living on free money such as rents and government patronage. We have no incentive to earn anything that is productive ” he stated.

The former governor explained that any economy that is so driven can never be prosperous, and that to be successful and to create wealth the people must be productive.

He said that productivity is the act of adding value to everything one touches or he or she is asked to work upon, adding that the efforts that is put into achieving this is work.

He said: “If you don’t produce or work to add value then you are a parasite.

“Rubbles put together constructively is called a house, but abandoned rubbles are a nuisance. To be productive, you must be competitive.

“Nigeria is the biggest and largest producer of cassava in the world, but we are not competitive.

“Competitiveness is key. It is the best ability to provided the world’s best goods and services.

“The future belongs to the youths. The youths are here for a long haul.

“We should therefore be more concerned about them.

“Young people are setting the pace such as Bill Gates, Mark Zucherberg and former British PM, David Cameroun, who turned the world around as leaders in their young ages.

“We have the likes of the late Anthony Enahoro, Chief Obafemi Awolowo, Alaba Lawson and others, who became leaders as youths.

“But today, our youths indulge in internet fraud, rituals and other vices.

“Our youths should be ambitious and separate entertainment from knowledge. The future is knowledge driven.”

He stated that in 2018, Britain announced a ban of fuel and diesel by 2040 and that this is painting a gloomy future for oil producing countries like Nigeria.

He added that we have just about 20 years to go and search for an alternative resources, which he said is not far.

In his speech at the event, the Speaker of the Lagos State House of Assembly, Rt. Hon. Mudashiru Obasa stated that he appreciated all the personalities that were present at the event.

He was represented by a lawmaker in the Assembly, Hon. Tunde Braimoh from Kosofe Constituency 2.

“We thank you for attending this kind of event. One of the most difficult events is a fund raiser like this, especially when it is not for an election.

“Publishing a book is expensive, so we should appreciate the writer and encourage him with our donations.

“The Lagos State House of Assembly associates with you, felicitates with you and identifies with you for coming up with this kind of programme.

We should appreciate people that put thoughts and perspectives together, especially the ones that are coincise and succinct,” the Speaker said.

Earlier in his welcome address, Hon. Segun Olulade said that it was a royal privilege to have the guests at the event.

Olulade revealed that the event would have been held some days back, but that the date was changed due to some development.

“I am indeed very grateful for the honour you have bestowed on me. In the 23 chapter book, I have detailed some of my thoughts on some national and international issues,” he said.

The reviewer of the book, by Mr. Babajide Otitoju said that Hon. Segun Olulade had broken records by representing Epe Constituency 2 on two occasions in LSHA.

Otitoju added that Olulade has hit a milestone on national discourse.

He emphasized that”Eleniyan Perspectives” is a good book for the modern day fit for sale in any bookshop all over the world safe for some proof reading and editing in some areas.

“The book is enlightening on critical political issues, and the writer spoke extensively on the legislature.

“Hon. Olulade has enlightened the readers that debates are part of legislative activities.

“His insight into power sharing formula is commendable. He reflects critically on political issues in the book.

“The role played by Asiwaju Bola Ahmed Tinubu on nation building is well spelt out in the book.

“He leveraged on the leadership prowess of Asiwaju Tinubu to develop the South West,” he said.

Otitoju also commended Olulade for the role he said he played in Kogi State during the last governorship election in the state.

“Olulade stood to ensure that good leadership comes out of Kogi State during the last election in the state.

“Aberration is the word to describe what is happening in Kogi State.

“Some people insisted that they would not allow a man who is destined for greatness to emerge as Governor in Kogi State,” he said.

There was however, a drama presentation to reflect the activities of Hon. Segun as a politician and lawmaker. 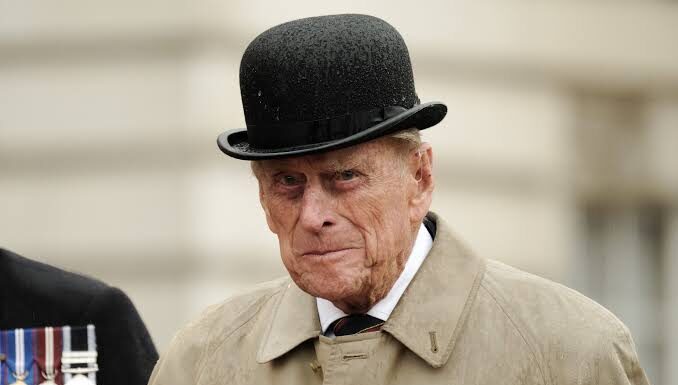