A presidential candidate in 2019 general election, Mr. Omoyele Sowore had some weeks ago called for a revolution march against bad governance in the country to be held on August 5.

Sowore was said to have been arrested by operatives of DSS at the weekend in connection with the planned march.

However, addressing a press conference on Sunday, spokesman of the northern coalition, Abdul-Azeez Suleiman, said the people of the North would not support any move that would cause violence and disaffection across the nation.

Suleiman of the infamous ‘Igbo must go’ threat by Arewa youths in 2017, noted that the call for a revolution march has a foreign plot to destabilize the country, and as such the North would not be part and parcel of it.

He said: “The attention of the Coalition of Northern Groups has been called to an ongoing mobilization by some anonymous groups for a certain “Revolution March” to hold nationwide beginning on Monday, March 5, 2019.

“That the ultimate aim of the proponents of the march who are at best couriers of a foreign destabilization plot, has not been clearly and satisfactorily defined which renders the whole exercise suspect.

“The CNG remains unshakable in its understanding that every civil disagreement can be resolved through honest, sincere and open discussions without unnecessary recourse to actions liable to further inflame tensions without achieving lasting results.

“The CNG is not disposed to participating in, supporting, encouraging or in any way, promoting actions that are potentially violent, sponsored by obscure organizations with suspicious motives.

“We have failed to see how the interest of particularly the northern people, can be served by a movement led by those who have been directly or remotely connected to the decades-old agenda for the emasculation of the North.

“The CNG calls on all northerners to disregard the calls and resist the temptation of being dragged into participating in any way in a movement that would turn out to the disadvantage of the region.

“While the CNG categorically dissociates itself from the organization, promotion, and participation in any conduct capable of worsening the already dicey situation in the country, in particular, the North is in today.

“We reassert our commitment to the propagation and protection of the rights of all northerners and never to fall into the traps set by its traditional internal and external traducers in whatever guise.

“We are quite aware of the covert and overt machinations of some western supremacists to achieve the finaldestabilizationn of Africa by targeting some key African nations which may not exclude Nigeria.

“The similar foreign agenda that unfolded with the ugly scenarios of destruction in Libya, Syria, Sudan, Yemen, Egyp,  and others are very fresh for us to realize the futility of jumping on a flight without knowing its actual destination.

“For the avoidance of doubt, the North shall at all times remain ready to enter into any civilized and decent discussion with any part of the country for whatever intent and purpose without succumbing to temptations of exposing innocent lives to unnecessary danger.

“Up to this point, the North has maintained its position as the bulwark of respect, integrity, dignity, decorum, tradition, decency, morality, civilization, etiquette, good behaviour, politeness, accommodation, and all other positive traits.

“In the unfolding political chess game, it is essential, therefore, that the North anticipates and checkmates the maneuvers of its self-appointed enemies in all possible and likely scenarios such as this one.” 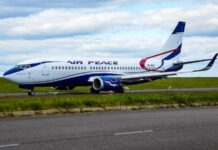