In spite of the public outcry that trailed the planned military exercise in different parts of the country, the Chief of Army Staff, Lt-Gen. Tukur Buratai, yesterday, insisted that the special military exercise tagged “Operation Positive Identification (OPI)”, will commence today, November 1.

Buratai, who disclosed this before the House of Representatives’ Committee on Army, explained that the army’s insistence that all Nigerians must identify themselves “positively”, was targeted at members of the terrorist group, Boko Haram.
He stressed that the operation was in line with the Army’s constitutional mandate, and would curtail the operations of the dreaded terrorist group, of which there are intelligence reports that its members have planned to infiltrate other parts of the country.
Represented by the Amy’s Chief of Civil/Military Affairs, Maj-Gen. Usman Mohammed, said the OPI was one of several operations aimed at smoking out and eliminating terrorists’ activities across the country, though it is primarily directed at the North-East zone.
“Besides the OPI, the military is involved in Operation Lafiya Dole in the North-East, Operation Ayem Akpatema in the North-Central, Operation Crocodile Smile and Atilogu Dance in the South-South and South-East.
“However, the OPI is based on intelligence. We decided to come up with the initiative, because we got the intelligence that Boko Haram terrorists were infiltrating the civilian population, not only in North-East, but other parts of the country.
“But the exercise is not new; I’m surprised that we are getting the alert now. We actually started it on September 22 (this year). We are using it to checkmate criminality. It’s not new. The OPI is an intelligence-led operation,” Buratai said.
He countered opinions from the committee, doubting the propriety and legality of the OPI. “We are covered by the Constitution. The exercise is constitutional. What we are doing is in line with the 1999 Constitution,” he fired back”
Giving details of the programme, he explained that “so far, two arrests were made in Kogi and Lagos states,” and several other arrests would be made in the course of the last quarter of the year.
“We have details of arrests being made through the operation, but the operation won’t amount to additional roadblocks. It’s still based on credible intelligence. We’re actually getting intelligence from outside sources. We’re surprised when we got this alert from you that it’s fake news. It’s not fake. It is going on and it will assist us in conducting our operations,” he said.
The COAS, however, admitted that the Boko Haram war “is not an easy war to win, but we will win. Insurgency has never succeeded anywhere in the world.”
He informed that the exercise will be launched nationwide from today, 1st November to 24th December, with the full backing of other security agencies and the Federal Government.
He said that the citizens would not notice any change in their day-to-day activities and that there would not be extra checkpoints.
Buratai said that there would not be additional troops on the streets and the rules of engagement would be thoroughly observed.
He said that the operation was in collaboration with other security agencies like National Intelligence Agency (NIA), the Department of State Service (DSS), among others.
Buratai, however, assured Nigerians across zones, not to be jittery, as according to him, the target is not law-abiding civilians, but insurgents.
According to him, “200 most wanted Boko Haram terrorists may have been arrested in Kogi, Lagos and elsewhere. There is no specific way arrests are made. I would want to elaborate and say that other security agencies have their challenges. When they are absent and deficient, we must step in to do our bit.
“Even I don’t have a national ID card. I registered, but I have only a slip. We’re not happy doing police work at times, but when there are challenges, we step in.”
Although, Buratai agreed that the military is not the lead agency for identification, he explained that the military is involved because of the “peculiar circumstances” the country was in at the moment.
Responding, the chairman of the Committee on Army, Hon. Abdulrazak Namdas (APC, Adamawa) warned that considering the weight of battling insurgency in the country, the Army may be biting more than its statutory share, by extending its operation to identification of Nigerians.
He said: “Given the quantum of your responsibilities, we are shocked that the military is still adding to the responsibilities, by taking up the role of other authorities.”
Namdas, however, constituted a sub-committee to liaise with the army on the details of the operations.
The committee is expected to submit its report to plenary next Tuesday.
It will be recalled that the House, on Tuesday, adopted a motion brought before it by the minority leader, Hon. Ndudi Elumelu (PDP-Delta) condemning the OPI and seeking the summons of the COAS to explain its rationale, before a relevant committee.
The House in adopting the motion mandated the committee on army to interact with the army hierarchy and report back.
Rep. Prestige Ehiriodu (APGA-Abia) urged the army to put on a human face when carrying out the operation.
He said that it was important for the citizens to see the army as friends and not as enemies while carrying out the operation.
Also, Rep. Shina Peller said that the army should be commended and supported for coming up with new ideas to deal with security challenges in the country.
sharing is Caring... Please Share

Rev. Mbaka Drops Another Bombshell: Buhari Will Cry When The Disaster... 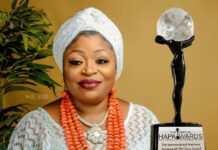 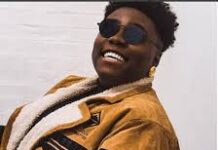