The Lagos State House of Assembly on Monday 30th December, 2019 during plenary indicted trucks belonging to Dangote Group of Company over the continuous damage of roads in the state.

In the House of Assembly Motion Number 10 moved by Hon. Abiodun Tobun, the House resolved to call on Dangote Group of Company to perform its social responsibility role by supporting the state government in the construction and repairing of roads in the state.

It was observed that most of the roads in the state were being damaged by trucks belonging to Dangote Group Of Company.

Tobun was emphatic in stating that trucks of Dangote Group of Company were damaging most of the roads in the state, when he was asked to be specific by the Speaker of the House, Rt. Hon. Mudashiru Obasa.

The House also called on Governor Babajide Sanwo-Olu of the state to direct the State Treasury Office (STO) to ensure that contractors are not paid contractual money without meeting the necessary conditions.

More so, the state government was urged to ensure that the necessary right of way is given to the contractors before the commencement of construction works.

It was added in the motion that the Special Adviser on Works and Infrastructure should ensure quality supervision of the road projects.

Hon. Tobun, who is the Chairman, House Committee on Works and Infrastructure stated that there was need to ensure good quality of roads in the state.

Tobun, representing Epe Constituency 1, said that inspite of the quantum of the tax payers money being spent on road construction in the state, most of the roads in the state were in bad condition either because they were done in a shoddy manner or not done at all, adding that the money released for the projects were not properly spent.

“The House is further concerned that after most of the roads are repaired, heavy duty vehicles ply the road without regard for the damage done to the roads.

“We should urge Governor Babajide Sanwo-Olu to ensure that contractors are not paid mobilisation fee unless they are ready for the work.

“The Commissioner for Works and Infrastructure should also ensure that only contractors with requisite experience are given the job to do,” he said.

The lawmaker added that the rate at which people were being killed on the roads in the state was alarming, while revealing that some people on the entourage of the Oba of Epe were killed by an articulated vehicle on Epe road on Sunday.

The Speaker of the House, Rt. Hon. Mudashiru Obasa observed that there were three major items in the motion.

Obasa stated that the motion made it clear that the government agency in-charge of road construction should be alive to their responsibility, the contractors should their jobs, while corporate organisations should also play their Corporate Social Responsibility roles.

In his contribution, Hon. Bisi Yusuff, representing Alimosho Constituency 1 said that there must be quality and value for money on the roads being constructed in the state.

In his view, Hon. Rotimi Olowo, representing Shomolu Constituency 1 stated that many of the contractors that do not love the state bolt away after collecting mobilization fee.

Olowo stressed that Lagos State is losing a lot of money because of insurance bond, and that at every stage of the project, the APG must be alive, which he said should not only be for mobilisation fee, but other subsequent payment in the life of the project.

Hon. Olayiwola Sobur Olawale from Mushin Constituency 2 urged the House to pay attention to the issue of block drains.

“Some of the potholes on our highways are due to the carelessness of our people.

“Incessant dropping of wastes on our roads block the drains. The contractors should be made to sign agreements that they would be brought to book over any road they construct that fails.

“The neighbourhood watch should call our attention to any vehicle that spoils the road so that we can sanction the owners,” he said.

Others who spoke such as Hon. Yinka Ogundimu (Agege 2), Hon. David Setonji (Badagry 2) and the Majority Leader, Hon. Sanai Agunbiade made valuable contributions to the debate on the Motion before it was adopted by all the lawmakers through a voice vote. 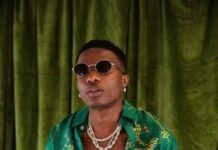 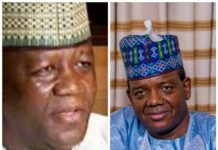