Former Vice-President, Atiku Abubakar, has said Nigeria under the administration of President Muhammadu Buhari, has taken more loans in the last three years, than it did in the 30-year period preceding 2016.
According to him, this position was revealed by a former Chief Executive Officer, Nigeria Economic Summit Group, Prof. Anya O. Anya.
He stated that it was worrisome how Nigeria had such a monumental increase in borrowings vis-à-vis an unprecedented reduction in investments in education.
Atiku spoke while delivering a speech at the 14th Founders’ day ceremony of the American University of Nigeria in Yola, the Adamawa State capital.
He said, “Two weeks ago, a friend of mine, Prof. Anya O. Anya, revealed that Nigeria has taken more loans in the last three years than she has taken in the 30-year period preceding 2016.
“I am a businessman. Perhaps the first lesson one learns in business is that you do not take loans except it is to expand your business. There is no justification for taking out loans to pay salaries; meanwhile, you are not investing in your future generation.
“Nigeria’s greatness is not as tied to her elders as it is tied to her youth. That is where our investments should be focussed on.”
He stated that for the past four years, “the nation’s education budgets have demonstrated the fact that developing the minds of our people has not been the priority of the nation’s leadership.”
Atiku, who was the 2019 presidential candidate of the Peoples Democratic Party, said the PDP-led Federal Government under former President Goodluck Jonathan invested more in education.
Also, the Lagos Chamber of Commerce and Industry has raised serious concern about Nigeria’s huge debt profile and its poor capacity to service the debts.
The chamber expressed worry over the fact that whereas Nigeria’s capital budget in 2019 was N2.9tn, its debt service provision was N2tn.
“This implies that the debt service commitment is 70 per cent of the capital budget allocation,” the Director General, LCCI, Mr Muda Yusuf, remarked in a statement on Sunday.
Yusuf added that debt to revenue ratio in the 2019 budget was 30 per cent, “which is on the high side.”
He said, “The growing national debt is a cause for concern as the debt profile grew from N12.6tn in 2015 to N25tn in 2019 second quarter, an increase of 104 per cent.  There is also the bigger worry about the capacity to service the debt.
“In the 2020 budget, debt service commitment and recurrent spending are beginning to crowd out capital expenditure.  This trajectory is not consistent with our national aspiration to build infrastructure and a competitive economy.
“Debt service of N2.45tn is more than the capital budget of N2.14tn in 2020 budget.  That is 114 per cent  of capital budget.”
According to Yusuf, against the backdrop of these unserviceable debts, the new request for $30bn is “troubling.” 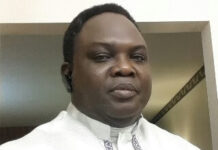