Another superb job from the Operatives from State Intelligence Bureau (SIB)  to checkmate cases of fraud at ATM points in Bauchi State, have arrested one Abdullahi Buhari 27yrs ‘m’ of Zoo Road, Kano, at Union Bank ATM point while attempting to defraud one Dauda Habila 36yrs ‘m’ of Yelwan Makaranta, Bauchi, under the pretense of assisting him.

The suspect and his accomplice one Umar now at large specialized in tricking bank customers while trying to withdraw money from ATM by pretending to be assisting them on how to make the withdrawal effectively, in the process they will then swap the customer’s ATM card with another one of the same bank and also memorize his PIN number, thereafter escape with his ATM card immediately to another ATM point and withdraw money from his account.

Exhibits recovered from the suspect include:

i. Twenty (20) pieces of ATM cards of different banks

The suspect will be charged to court after completion of investigation as soon as possible.

Finally the command is advising the general public especially bank customers not to trust any unknown person to them that may attempt to assist them at ATM points and in case for any difficulty they should contact the bank staff for assistance. 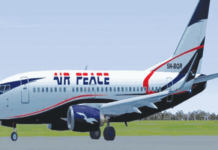 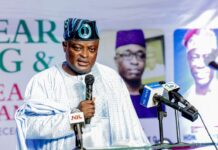 Be Thankful To God-Obasa Urges Nigerians