Former Minister and a Chieftain of the Peoples Democratic Party (PDP), Senator Adeseye Ogunlewe says politics is not a game for the poor and has advised anyone with political ambitions to stay away if they don’t have the financial capacity.

Mr Ogunlewe opined that for a politician to be able to play any significant role and be recognized in the political sphere, he must have a lot money.

He said this on Channels Television’s Politics, while clarifying reports that some persons were planning to buy delegates in the upcoming national convention for the party.

“That is politics – politics is not a game to be played by the poor. A poor person has no role in politics. A poor man cannot win election in Nigeria, how will you campaign. If you are poor stay in your house,” Mr Ogunlewe asserted.

Speaking of the candidate of his choice, the PDP Chieftain endorsed Mr Olabode George because according to him, the aspirant has on several occasions sacrificed himself for the development of the party.

“I am supporting Chief Olabode George. He sacrificed himself for the development of the party.

“He had the opportunity of being the minister, he gave it to me and he has given it to six of us in Lagos State alone.

“He had the opportunity of being an ambassador, he refused. He wanted to be a gubernatorial aspirant, he refused. So he has sacrificed for the development of the party and he has served at the headquarters of the party for 10 years,” he added.

On the possibility of allowing a younger candidate to take the chairmanship seat, Mr Ogunlewe explained that it is not culturally acceptable to allow the young ones lead the elders; as they may not be well equipped with skills and experience.

“In the Yoruba culture or the Nigerian culture, a young person cannot lead a family and kill all the elders in the community – these are structures that we inherited.

“There is no politician in PDP anywhere in Nigeria that does not know Chief Bode George for good or for bad.

“Let everybody go out and test their popularity. Nobody should step down.

“If Chief Bode Goerge loses we will congratulate the winner because it is not a do or die matter, somebody must win and somebody must lose; but for you not to try, it is defeatist.”

Also addressing the issue of zones, he stated that “the December 9 election will be a water shed for the future of the party particularly in the zoning of positions.”

He, however, called for an equal playing ground in terms of distribution of major seats of power to the zones, stating that “If the chairmanship seat of the PDP goes to the south-south then there will be confusion”.

Other candidates in the running include, Mr Jimi Agbaje, Professor Tunde Adeniran among others.

Some aspirants had last week accused the party leadership of being partial, despite its efforts to ensure a rancor-free convention.

Political observers have, however, remained optimistic that the interests of aspirants will not clash with that of the party and plunge it into another round of leadership tussle.

Many, including former president Goodluck Jonathan have described Decemeber 9 as a day that will define the fate of the PDP and its quest to clinch power at the central government in 2019. 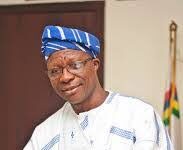