Activities at BRT terminals across Lagos were on hold this morning as staff of Primero, the management company of BRT goes on strike this morning leaving commuters stranded.

There was gloom, despair and despondency written all over the faces of thousands commuters thronged at the terminus of BRT this morning.

At Ikorodu (garage) terminal, commuters were seen complaining about the unexpected strike action embarked on by the drivers and ticketers of this well patronized means of road transportation.

Speaking with some commuters a particular middle aged man who identified himself as Chuks could not hide his grievances.

“In fact, this usual action of BRT staff going on strike is annoying, they would have informed us earlier that this would happen instead of leaving us stranded.” He lamented

However, a staff of Primero, who craved anonymity while speaking with Metropolix Online expressed his grievances on how the management of the company has been unfair to them over salary payment and other benefits they deserve.

“We get insulted here on daily basis by commuters, yet we don’t get what we deserve from Primero. Our salaries ought to have been increased but they are doing nothing about it and the only way to correct this is to let them know hence this strike.”

Its mode of operation was reviewed by the present government of Ambode in collaboration with Primero headed by Deji Tinubu but its activities in some parts of Lagos especially Ikorodu has not been favourable.

Ikorodu as a densely populated area always suffer inadequacy in the buses that ply the ancient city. Passengers always queue for hours and many have been sacked as a result of lateness caused mainly by spending much time on queue and the alternative which is the Lagbus are always held in traffic.

Residents of Ikorodu are appealing to Lagos State government to do something about this perpetual occurrence.

The 2018 GTBank Fashion Weekend Set To Hold in November 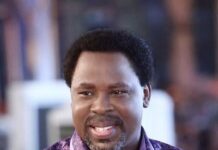