The arrest recently carried it out by the Edo State Government and security agencies at the disputed Obu mine site of one of his staff has been condemned by BUA International Limited.

Edo State Governor, Mr. Godwin Obaseki, and security agencies comprising men of the Nigerian Army, the Police, Nigeria Security and Civil Defense Corps (NSCDC), Department of State Services (DSS) were said to have stormed the mine site and arrested two employees of BUA International Limited over violation of a Stop Work order issued by the Federal Ministry of Mines and Steel.

Governor Obaseki was said to have ordered the arrest of the two employees of BUA International Limited when he visited the site and discovered that work was ongoing despite relaying directives from the Federal Government on a stop-work order pending the determination of a court suit over the ownership of the mine site.But in a statement yesterday, the management of BUA International Limited said the State Government went to the site to effect a Gestapo-style forceful shutdown of the mine despite a subsisting court pronouncement that the Mine be allowed to operate.

“Upon reaching that mining site and not meeting any personnel or equipment, two BUA Cement employees were invited to the mining site to receive the Governor. We later learnt that these employees were arrested upon arrival on the orders of the Governor and taken away for no just reason.“As it stands, we do not know why they were arrested but have requested our lawyers to secure their unconditional release immediately as these employees are innocent and have no knowledge of why they were being arrested.

Now that one of our mining sites has been forcefully closed down by the Governor without regard to the court’s pronouncement on maintaining status quo at that particular site (and without any formal communication from the Edo State Government), BUA as a responsible corporate entity has instructed its lawyers to report back to the courts on this latest developments and pursue all legal channels to enforce its rights,” the statement read in part.

According to the statement, while the Governor based the legitimacy of his actions on a purported Stop-Work order from the Ministry of Mines, BUA “wishes to reiterate that there is a pronouncement of the Federal High Court sitting in Benin on December 5, 2017 that declared the Stop-Work order issued by the ministry as a contravention of the court’s directives to maintain status quo and thus deemed it illegal.

The same court also threatened to arrest the Minister who is the first defendant in the case if the stop word order continues to be pursued. 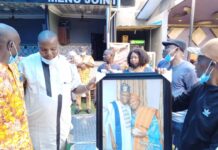 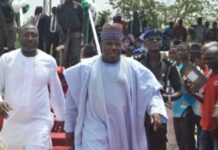 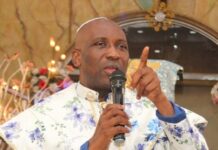 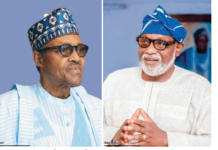