President Muhammadu Buhari has rejoiced with a renowned broadcaster, Smolette Adetoyese Shittu-Alamu, popularly called ‘The Alamu Man’, on the occasion of his 70th birthday.

The President, in a statement by his spokesman, Mr. Femi Adesina, in Abuja yesterday, hailed the writer, actor, disc jockey, presenter, producer, news reporter, editor, sports writer, current affairs commentator, documentarist and indeed a mixed bag of talents.
He said Shittu-Alamu had excited and brought joy to radio listeners, particularly in the western part of the country, in the past 45 years.
President Buhari appreciated the multiple gifts bestowed by God on ‘The Alamu Man’, and how he has used them to bring joy to humanity. He congratulated him, his family, friends and professional colleagues on such milestone birthday.
He wished the actor and conference speaker greater exploits as he mentors the younger generation, counselling them to show them the path of ethical practice and respect for rules.
Buhari said the principles had made The Alamu Man a much loved media personality over the past four decades.
Osun State Governor Adegboyega Oyetola has also felicitated with Shittu-Alamu.
The governor, in a statement by his Chief Press Secretary, Ismail Omipidan, said he was pleased to join family, friends and associates to congratulate him on hitting the milestone age of 70 in good health and sound mind.
Oyetola described Shittu-Alamu as a consummate professional and a role model to many practising and aspiring journalists, noting that he has left indelible footprints in the annals of broadcasting in Nigeria.
He said the celebrant, who retired as a director in the Osun State Broadcasting Corporation, contributed to the growth of broadcast journalism in Osun State and the country.
The governor prayed that the Almighty God grant Shittu-Alamu longer life, good health and wisdom to continue serving the state, the nation and humanity in general.
sharing is Caring... Please Share 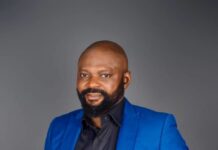 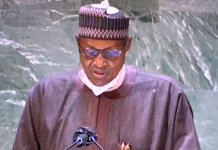