The battle ravaging the household of former President, Goodluck Jonathan, especially his wife, Mrs. Patience Jonathan running battle with EFCC may not abate as soon as expected.

The feeling of insecurity might have led to the former First Lady’s cry recently as she cried out to President Muhammadu Buhari to treat her the way her husband , former President Goodluck Jonathan , treated Aisha Buhari when he (President Buhari) lost the 2011 presidential election.

Patience , who is under investigation by the Economic and Financial Crimes Commission, said this in a statement by her Chief Press Secretary , Belema Meshack- Hart, on Monday .
The former first lady said she was being probed because of the prominent role she played during the build- up to the 2015 elections .
Patience had described Buhari who was the then presidential candidate of the All Progressives Congress as a brain – dead man.

She said whatever happened during the election should not be a reason to persecute her.
Mrs. Jonathan , therefore , called on Buhari to caution the acting Chairman of the EFCC , Mr . Ibrahim Magu , against harassing her.
She said Buhari should take a cue from the United States President, Donald Trump , who did not go after Barack Obama ’ s wife , Michelle , despite the fact that she campaigned against Trump.
The statement read in part , “We believe that she is being systematically persecuted and punished because of her unflinching support for her husband during the 2015 elections .
“President Buhari should be reminded that his wife also supported him in all the elections he contested against her husband , former President Jonathan , but Dr . Jonathan did not at any point in time, carry out personal vendetta or go after Buhari’ s wife .
“That is the standard practice in all democracies around the world. For instance, Michelle Obama campaigned vigorously for her husband ’ s party during their last presidential election, but we have yet to see President Donald Trump move against her . One thing is clear: No matter what they do to Mrs . Jonathan , she will continue to stand by her husband , the father of her children, even if it means paying the supreme price with her life .” 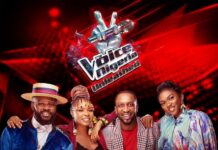 “There will be no APC after Buhari.” – Aggrived Member Cries...