Embattled Dance-hall singer Burnaboy, as earlier reported had his day in court earlier today, where he is standing trial for his alleged involvement in the incident that saw fellow artiste-Mr. 2kay assaulted and his personal effects carted away with.

The case was heard and the singer pleaded not guilty to the charges preferred against him.

IBEDC Assures Customers Of Quality Services During The Yuletide 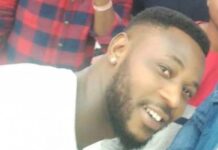 I Don’t Want To Faint From Watching Tiwa’s Leaked Tape –...