In a statement signed by the Secretary to the State Government, Mr. Tunji Bello, the three affected cabinet members are Mrs. Adebimpe Akinsola, Mr. Femi Odubiyi and Mr. Anifowoshe Abiola.

The Statement added that major deployments have also been effected.

The new Commissioners are expected to be cleared by the State House of Assembly while the other redeployment and postings take immediate effect.

According to the Secretary to the State Government, Mr. Bello, the new appointments and redeployments are intended to create a new vigour and vitality for service delivery which has been the hallmark of the Governor Ambode administration.

Senate Confirms Nomination of Buratai, Other Ex-service Chiefs As Ambassadors ... 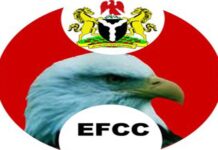