One of the major contenders and undoubtedly the gubernatorial hopeful for the coming Ekiti State governorship election, Chief Olusegun Oni has begun his campaign tour in earnest.

The former governor who seems to be the most visible among the All Progressive Party (APC) aspirants has shown great interest in the number one seat in the state following people’s agitation to return to power having served delligently during his first term as the governor of the Fountain State.

The Deputy National Chairman of APC (Southwest) is leaving no stone unturned to ensure Ekiti people’s wish over his ambition is met.

The touring of local governments by Engr. Segun Oni is as  follows

It should be recalled that this astute politician is loved and cherished in Ekiti for his efforts in improving the lives of civil servants in the state as well as many infrastructures he embarked on during his first term as governor. 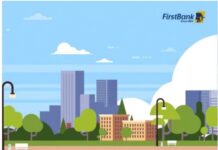