There’s allegation and counter allegations over the real identity of Bright Echefu, owner of the newly launched cable tv, TStv.

Coming from an angle, it is believed that Bright was once arrested and detained by officials of EFCC over fraud.

This we learnt took the crew of an online portal (Pulse ng) to EFCC office for proper investigation. But was discovered that TStv boss as Bright Echefu is diffent from Bright Echeful.

“the accused allegedly received computer accessories, laptops and stationeries which were delivered to his (suspect) business premises at Touchville Hotel, Ada George Road, Port Harcourt by the victim.
“After the supply, the suspect issued a post dated UBA cheque of One Million, One Hundred and Sixty Five Thousand, Five Hundred Naira (N1, 165, 500. 00), with a further agreement to pay the balance of One Hundred and Fifty Thousand Naira (N150, 000) on a latter date. But the cheque was returned unpaid due to insufficient funds on the suspect’s account. All efforts made to recover the money by the victim, were futile”.
The defendant (Bright Echefu) was subsequently remanded in prison pending the hearing of his bail application.
This however took a particular online portal (Pulseng) to EFCC office where it was confirmed that Bright Echefu in question is not the same as TStv boss yet they share same semblance. Investigation is still going on to get to the root of the matter.

Another story emanating about Dr. Bright Echefu, the Abuja based medical doctor is how he received massive backlash after proposing to his late wife’s ex-beauty Queen friend, Florence Esu, four months after her death and was later dumped by his sweetheart following his arrest by the EFCC over fraud allegations in 2016. Hope the story is becoming more interesting?

The once blushing bride-to-be took to social media to say her engagement was only a prank and she is still very much single and ready to mingle. See her post below:

The doctor was reportedly arraigned before a State High Court in Port Harcourt, Rivers State yesterday.

TSTV CEO Bright Echefu hails from Obowo in Imo State.
He is the MD/CEO of Bricke and Athens limited–owners of AHTV-Heath Television and Telcom Satellites TV (TSTV).
Echefu has been MD/CEO of these companies since November 2014.
He attended the University of Nigeria, Nsukka, before leaving the country’s shores to pursue further studies abroad.
Echefu also serves as the Chairman of
Briechberg Investment Limited, owners of Bright FM.
He is also on the board of Bright Joy Multiventures limited.
His skills are listed as Strategic Planning Research, Nonprofits Public Speaking, Program Management and Fundraising Program Development.
Echefu is also newlywed.

There’s much to this story than what can be concluded just like that….details later as we keep on with our investigation.

You Were A Child When Nigeria’s Independence Was Negotiated, Adebanjo Blasts...

IMF Extends Emergency Funding By 18 Months Due To COVID-19

Even As Christian, I Refused To Finance CAN Building With Govt... 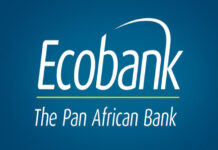 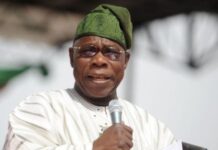 Even As Christian, I Refused To Finance CAN Building With Govt...

Why I Can’t Fall In Love In BBNaija House – Liquorose