Officers of the Lagos State Police Command have arrested one Babatunde Damilare for allegedly stabbing a commercial sex worker, one Elochukwu, to death in the Surulere area of the state.

The Police Public Relations Officer (PPRO) in the state, Bala Elkana, said in a statement on Sunday that Damilare and Elochukwu had engaged in a fight last Wednesday over the amount to be paid for her service when the suspect used a knife to stab her in the neck, killing her immediately.
Police said the suspect has been arrested and would be charged to court soon.
“On 6/11/2019 at about 2300 hours, Surulere Police Station received an information that one commercial sex worker identified as Elochukwu ‘f’ engaged her customer, Babatunde Damilare ‘m’ in a fight over the price of sex, at Edo Inn Hotel, No 17 Atan Street, Empire, Surulere.
“During the scuffle, the said Babatunde Damilare picked a knife and stabbed Eluchukwu severally on her neck which led to her death on the spot. The suspect was arrested by Homicide detectives led by the Divisional Police Officer Surulere, CSP Adebayo Adeoya.
“Corpse of the deceased person was evacuated and deposited at Mainland Hospital morgue, Yaba for autopsy. Investigation is ongoing, the suspect will be charged to Court,” he said.
sharing is Caring... Please Share 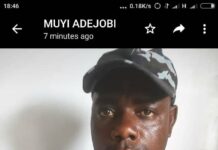 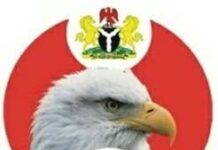 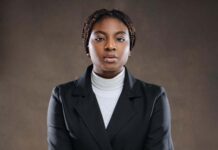 Tribulations I Faced Made Me Sing ‘Oniduro Mi’ — Adelegan