tamiflu coupon kroger how much is a vial of botox is there a generic humira suboxone film copay card can you get over the counter medicine for uti lyrica price walmart
29 C
Lagos
Wednesday, June 16, 2021

Sworn enemies you may call them, the Senator representing Ogun East Senatorial District, Buruji Kashamu has berated Ekiti State Governor, Ayodele Fayose, for declaring his intention to run for the office of President, Federal Republic of Nigeria come 2019.

The lawmaker urged the national leadership of the party, comprising of the National Caretaker Committee (NCC) and the National Executive Committee (NEC) to sanction Fayose for going against the party’s zoning arrangement.

While describing as the height of anti-party activities, Fayose’s declaration on Thursday, the lawmaker said the party had already zoned the exalted office to the north.

In a statement he issued in Abuja last week , Kashamu said, “Although his so-called declaration is of no political consequence whatsoever, it is antithetical to the mood of the party and nation that someone who claims to be a party man could go against the decision of the party to zone the Presidency to the North.

“By 2019, the South would have had the Presidency for 14 of Nigeria’s 20 years democratic rule since 1999, with a Southerner ruling for two terms back to back. It smacks of insensitivity and greed for anyone from the South to declare for the Presidency so soon.

“With Fayose’s latest action, it is now glaring that all his grandstanding was meant to further his own selfish interest. He never had the interest of the party, the people and the nation at heart.

“This man is simply desperate for power. It is like since his anti-depressant drugs can no longer contain him, he is looking for every available means to perpetuate himself in office. Otherwise, how do we explain the fact that the Chairman of the PDP Governors’ Forum would go against the decision of the party? Little wonder none of his governor-colleagues attended the event. No member of the party in the National Assembly attended the ceremony. 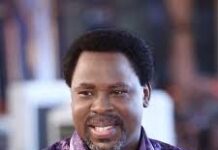 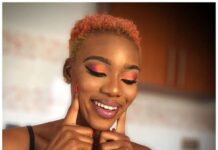 My Past Won’t Haunt Me –Ex-Porn Star, Savage Trap Queen