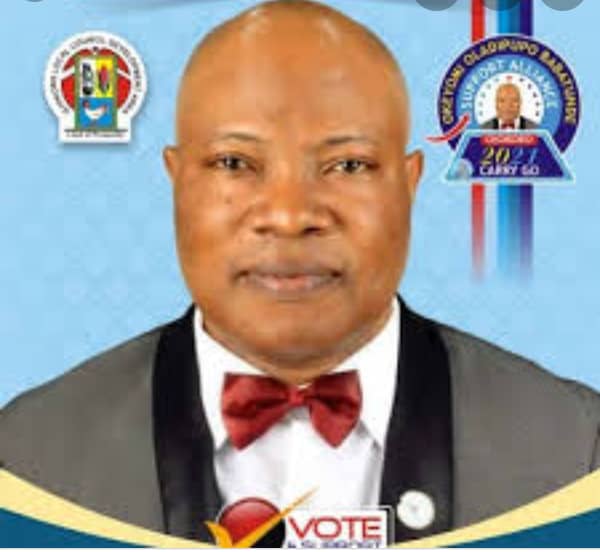 A sinister move and plans to disrupt the smooth conduct of elections in Ojokoro LCDA has been uncovered.

A dependable security source is said to have revealed that an aspirant, working closely with a member of the state House of Assembly, are incubating plans to hire hooligans from a neighbouring state to unleash terror and scare voters at the Saturday’s elections and consequently make the elections inconclusive.
There were allegations that the desperate aspirant has concluded clandestine moves to clad the hooligans in “Carry Go” T-shirts, purporting that the thugs are supporters of the Okeyomi’s camp.
The security reports have it that they have mapped out plans to scare voters with gun shootings and molestation but  the people of Ojokoro have been told not to be wary and scared rather they should go out in large numbers to cast their votes at the elections.
Towards this end, it was gathered that a proper security cover has been engaged for the Saturday’s elections to ensure that voters are not molested in any way while performing their civic rights.
“This is however a sound of warning to parents and guardians to be orderly and particularly warn their wards to desist from engaging in any questionable attitude and conduct during and after the elections because anyone caught with guns, machetes and any form of attack instruments will not be spared.
“Security agents will ensure the wrath of the law will be invoked upon them,” our sources maintained.
As the elections fever mounts however, residents and the entire people of Ojokoro have been assured of maximum security both during and after the elections.
“Everyone should be orderly in the discharge of their civic responsibility because adequate arrangements have been made to dissuade the machination of the desperate aspirants and his cohorts,” a source said.
sharing is Caring... Please Share

Three Brothers In Police Net For Killing A Security Guard On...