Tottenham head coach Jose Mourinho on late Argentina legend Diego Maradona: “I know him well enough and in my big defeats, he would always call me. In my big victories, never. But I will miss Diego.”

Jose Mourinho pays tribute to his friend, the late Diego Maradona, and says he would always call him after big defeats as a manager.
Jose Mourinho revealed the private side of Diego Maradona who would “call me after my big defeats, but never my victories” following the Argentina legend’s passing.
Maradona, one of the greatest players of all time, died at the age of 60 on Wednesday and Mourinho, who knew the World Cup winner well, paid tribute to his friend after Tottenham’s 4-0 win over Ludogorets in the Europa League 24 hours after he passed away.
“Maradona the world knows, the world never forgets,” he said. “I made sure that my son knows a lot about him, even being born after he was a player. I know my son will make sure when he is a father he will not let his kids forget.
“It was a bit similar with [Alfredo] Di Stefano; I never saw him play football, but my dad made sure I knew a lot about him. With these generations, we have players of our generations, and in my generation was what everybody knows.”
“Then there’s Diego the guy. That one, I miss. I feel sorry that I didn’t spend more time with him, I would have loved to. I think his family, his friends and colleagues are very privileged to know him well and spend time with him.
“I know him well enough and in my big defeats, he would always call me. In my big victories, never. But I will miss Diego, and I am very sad but I have a smile because with him, every minute I spent with him was to laugh.”
Mourinho suggested racking up a third win from four Europa League group stage games would have normally been enough to see his side through to the knockout stages but pointed to the form of Thursday’s opponents – who have now lost all four of their group matches – as a reason why it would not be enough for his side.
“Normally nine points would be job done, but it’s not done,” he told BT Sport. “You need a result, but if you can finish first, we are going to try. Today it was important we made lots of changes, it was important to take it seriously, and it was good.
“Every game is important, we don’t look to a certain competition, we look to game after game. To play the same players is not good for their condition, or the mentality of the ones who are not playing. If you work hard, you deserve to play, I can only start 11 but I want to give chances to everybody.
“I’m happy for them, some players had really nice performances, Japhet Tanganga had his first match after a long injury, it was a nice opportunity for the kids to get into the club history and make their own.”
Pitch to Post Preview: Are Chelsea and Spurs title contenders? Plus Man Utd ‘leader’ Bruno Fernandes, Arsenal’s creativity problems, and more!
This week on the Pitch to Post Preview Podcast, Peter Smith is joined by Michael Bridge and Charlotte Marsh to look ahead to a blockbuster London derby between title hopefuls Chelsea and Tottenham. James Cooper explains how Bruno Fernandes has become Man Utd’s leader, and we analyse Arsenal’s creativity problems.
Plus, Tim Thornton has the latest from Leeds and Sheffield United – including the story of how the Blades almost signed Diego Maradona! Charlotte then makes her bold Pitch for what she thinks will happen in this weekend’s Premier League action…
sharing is Caring... Please Share 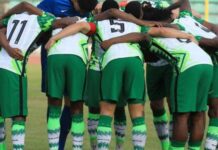 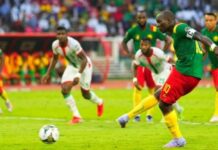 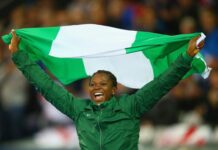 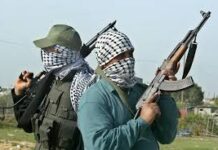 We Won’t Release You To Nigeria For AFCON — Al Shabab...