There is no gainsaying that energy tycoon Femi Otedola is one of the wealthy Nigerians who have altruistic desires to improve human welfare.

While many are still waiting for a ‘big news’ the billionaire promised to reveal soonest, he has in the interim created another sensation on the social media space. The billionaire has once again exhibited his philanthropism by offering to sponsor an unidentified young girl through school to the university level.
It was gathered that Otedola revealed his desire to help the little girl early this week after a viral video of her singing the chorus of his daughter, Florence Ifeoluwa Otedola, popularly known as Cuppy’s latest song, Gelato where his (Otedola) name was mentioned severally.
The girl was also seen wearing headphones while pretending to handle a disc jockey’s turntable.
Impressed by the girl’s performance, the Epe-born businessman took to his Instagram page to ask for the girl’s contacts and offered her a full scholarship to the university level. In the post, Otedola shared the video and pleaded with his daughter to ensure that the girl is located so he can fulfill his promise of providing for her education.
Otedola recently made headlines after his three daughters, Tolani, Temi and DJ Cuppy, shared snaps from their fun holiday as they visited Monaco. However, the very influential family took a break from Monaco as they visited Italy for about an hour to buy ice cream. This whistle trip to Italy for the Gelato created a lot of buzz on the social media which further encouraged the billionaire’s daughter, Cuppy, to release a new song titled Gelato featuring popular rap star, Zlatan, where she mentioned her dad’s name several times.
Lately, the billionaire has been in the spotlight because of his philanthropic gestures and this week’s act of kindness further attested that he is not relenting. In the last few months, Otedola had paid medical bills for veteran actors – Victor Olaotan, who was involved in an auto accident and Sadiq Daba, diagnosed with prostate cancer,  and former Super Eagles’ captain and coach, Christian Chukwu, who was also diagnosed with prostate cancer.
Last month, he fulfilled his pledge of $25,000 to the Super Eagles for their outstanding performance during the 2019 African Cup of Nations (AFCON).
sharing is Caring... Please Share 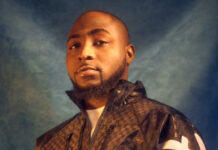 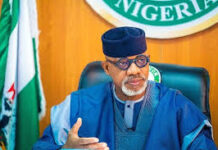