Residents of Isheri North GRA in Lagos State have appealed to Babajide Sanwo-Olu, governor of the state, not to abandon them.
Many of the residents, who have been sacked by flood, said while Dapo Abiodun, Governor of Ogun State, visited those affected by flood in a neighbouring community under Ogun, the Lagos governor has not considered it worthy to come to their rescue.
In a letter addressed to Sanwo-Olu on Thursday, they expressed displeasure over the “lack of political will” by the Lagos government to address the flood challenge.
Narrating how one of their neighbours died in the stagnant water, the residents said this year’s flood is the worst ever.
“We the Residents of Isheri North Residential Scheme are deeply devastated, distressed and virtually comatose from the bashing we are currently receiving from the perennial annual flooding of our Estate. This 2019 version is the worst ever and we have been knocked down, flat on our backs!” the letter read.
“A resident, Mr. Manny Philipson, died as he could not be evacuated to the hospital in time, as vehicles broke down in the high volume of water. Hundreds of families have been displaced and brutally traumatised. No help or succour from anywhere. We are on our own!
“When will the governor come to our battered community? Of course he sent a permanent secretary to come and access the situation! But that is putting the cart before the horse.”
The residents called on the governor to take right actions to end flooding in the area. They said political will should be shown before bureaucratic actions are mobilised.
“The political leadership should be in the forefront and then empower the bureaucracy with authority and funds to move in and perform. This is the way to go!” they said.
“The residents here feel abandoned and orphaned. We urge our Governor to demonstrate leadership by coming for an on the spot assessment. Thankfully, it is not too late.”
Tunji Bello, commissioner for environment and water resources, had attributed the flood to the rise of seawater level, resulting in the inability of the lagoon to discharge water into the ocean.
sharing is Caring... Please Share 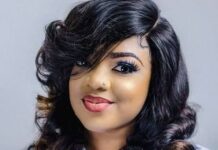 StreetScore scores a street view based on how safe it looks...

We Are Ready To Protect Yorubaland -Gani Adams