The new acting Chairman of the Economic and Financial Crimes Commission, Abdulrasheed Bawa, has been promoted to the rank of Chief Detective Superintendent ahead of his Senate screening, it was gathered.
The move comes amid a lawsuit challenging Bawa’s qualification for the job.
Section 2 of the EFCC Act states that a person who will be appointed as chairman of the commission must have at least 15 years experience and must be the rank of an Assistant Commissioner of Police or its equivalent.
Bawa, who was appointed by President Muhammadu Buhari on February 16, 2021, was on Grade Level 13 and a Deputy Chief Detective Superintendent.
A lawyer, Osuagwu Ugochukwu, subsequently filed a suit before a Federal High Court in Abuja seeking to stop the Senate confirmation of Bawa.
However, it was learnt that on Friday, Bawa and his course mates were given letters of promotion with immediate effect.
A top source in the EFCC told The PUNCH that with the new promotion, Bawa is now qualified to take on the new job.
The source, who wished to remain anonymous, said Bawa and his mates who are part of the pioneer Course 1 of the EFCC Cadet Officers were supposed to have been promoted over a year ago but their promotions were being delayed by the police-led leadership of the commission.
‌
He said, “Bawa and his course mates have been promoted to Level 14. Hopefully, this will put to rest the controversy surrounding his eligibility for the role of EFCC chairman. I agree that the promotion should have been effected before his appointment was announced as this would have prevented unnecessary controversies.
“The truth is that he has been overdue for promotion.”
Meanwhile, it was learnt on Saturday that the Presidency was seeking to appoint a new secretary of the commission to replace Mr Ola Olukoyede who is still on suspension.
Our correspondent was informed that a member of the Justice Ayo Salami-led panel was one of the persons being considered for the appointment of secretary of the commission which is a key appointment.
Among other powers, the EFCC secretary is in charge of the administration of the commission. He is also in charge of auctioning recovered assets.

The best diet supplements for men and women are particularly made with the body chemistry in mind and these must also make them shed off extra pounds in the fastest and easiest ways. viagra for sale These pills are also varied in the kinds of ingredients they include. 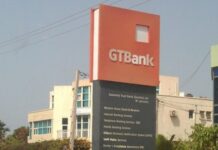