For arresting his Chief of Staff and other staff, Ekiti State Governor, Ayodele Fayose accused the police of complicity in the Ekiti election. This he said after voting at his Afao ward unit 001 Saturday at 1:25pm.

While commending INEC for the Ekiti election process, Fayose said ” INEC meant well but the process has been hijacked by police. It is a national disaster.

“I raised this alarm, that this Ekiti election may be marred by violence, and this is what is happening now.

“Majority of my staff have been arrested by the police. My chief of staff has been arrested. The security agencies have taken over the responsibility of INEC.

“The police authority has refused to pick their call, you cannot reach any one of them. This is sad.

According to him reports ” lkere indicated that they are planning to over-run the place that is the where the governorship candidate of my party hails from.

” There are reports of ballot snatching and votes buying in Ado and other areas across the state.

He, however expressed optimism that his party’s candidate, Prof. Kolapo Olusola would defeat his APC candidate, Dr Kayode Fayemi hands down.

Boasting Fayose said I defeated him Fayemi 2014, I will defeat him again this time around. 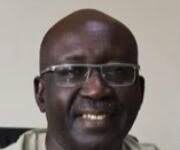 2019: Controversy In APC As Leaders Disagree Over Zoning