In Saturday’s election into Chairmanship and Councillorship seats contested by five political parties in the state, the Peoples’ Democratic Party (PDP) has won in all the 16 Local Government Areas (LGAs) of Ekiti State.

Addressing the newsmen and other stakeholders shortly after the announcement of the results by all the Returning Officers in the LGAs, Chairman of Ekiiti State Independent Electoral Commission (EKSIEC), Justice Kayode Bamisile, a retired Justice, said it was peaceful, violent free, fair and free.

According to all the Returning Officers, who were senior academic staff members from tertiary institutions in Ekiti and Ondo states and who took turn to announce the results on Saturday night between 8.30pm and 10pm at the SIEC office in Ado-Ekiti, state capital, the local government election was keenly contested by all the five political parties that participated. In Ido Osi, LGA of the state, Returning Officer Isaac Babatunde, announced PDP’s Aladegbami Tunde as winner having polled a total of 24,432 votes against his closest in NDLP’s candidate who polled 121. In Ekiti East LGA, PDP’s Ogundana Sikiru Sunday was winner having polled 27, 918 votes against his closest opponents of ADP and NDLP who polled 231 votes.

In Irepodun Ifelodun LG, Governor Fayose LGA, Ebenezer Tunde Bisi who is Returning Officer announced PDP’s Dapo Olagunju as winner having polled 31,724 votes against his second runner up of ADP who polled 1361 votes. While in Moba LGA, Returning Officer Clement Olaoye, announced PDP’s Ayeni James as winner having polled 20,444 votes to defeat the opposition in ADP who polled 237. In Ikere-Ekiti, Ekiti State’s second largest number of voters, PDP’s Ayeni Aderemi Ezekiel, polled 22,354, to emerge as winner and in Oye LGA, Sunday Alonge of PDP polled 29,380 to emerge a winner. Ikole LGA has Abiola Racheal Olukayode of PDP polling 29,956 to emerge the winner, while in Efon LGA, Yemi Owoeye, emerged winner with 11,900 votes. In Ekiti South West, Omolase Lanre of PDP polled 24,657, to emerge winner while Akindele Ogidi also of PDP in Gbonyin LGA scored 24,940 to emerge the winner.

In Ise-Orun LGA, Kolawole Oluropo polled 26,420 to emerge the winner and in Ekiti West LGA, Ayodeji Daniel Francis polled 23,162 to emerge the winner as announced by Returning Officer Faparusi Michela OlubunmI. While in Emure LG, Ayenimopa Idowu announced PDP’s Olubayode Okeya who polled 15,293 votes against ADP’s candidate who polled 201 votes, as the winner. In Ilejemeje LGA, PDP’s Awolola Sunday Johnson polled 7303 to emerge as winner as announced by returning officer Ojo Olutope Stephen. In Ijero LGA, Bayo Ojo, who is Returning Officer, Provost of Ijero College of health technology, announced PDP’s Dada Biodun as winner having polled 23,587 votes as against the Second Runner up who polled 233 and for NDLP. Lastly, in Ado LG, the capital city with largest number of electorate, PDP’s Bamisile O Clement emerged as the winner by polling 43,262 votes against ADP’s candidate who polled 770 votes as announced by Mrs. Fasiku Adesola Mercy, senior lecturer at Ikere College of Education.

Bamisile who appreciated all stakeholders for supporting the state’s electoral umpire to achieve a peaceful, free and fair election, in his address said: “Today, December 23, 2017 marked another political improvement in bringing democracy to the door step of our people. In 2015, we conducted an election that was widely adjudged free, peaceful and fair and got a befitting award for our efforts. We thank God for the successful conduct of the poll to fill Chairmanship and Councillorship seats in the state which held from 8am and 2pm and has been peaceful and violet free.

” We took our work seriously and put in the best, hence we have conducted a free and fair election. We had visited all LGAs, traditional rulers, security agencies, political parties and others to seek for their support and for them to mobilise their people for participation in the poll. They had showed readiness for election and fullfiled their promise to vote. We have protected our people’s rights in deciding cautiously their representatives. We particularly appreciate Governor Ayodele Fayose for strengthening democracy. It is an indisputable fact that Governor Fayose always follow the constitutional dictates to conduct LG elections as at when due. LG is closest to the people, this is why it’s election is very important. The use of caretaker committee is an aberration which we must all reject. We appreciate all stakeholders. In totality, PDP has won all the 16 LG chairmanship and councillorship seats in the state. Appreciate all Ekiti people for peaceful conduct.

I implore all to accept the results, no victor nor vanquished as we are all working together for good of all. Certificates of return to be given to all winners by 9am on Sunday. 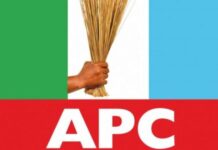