Both men spoke during the ongoing Rule of Law Session of the 5th Nigerian Bar Association (NBA) Annual General Conference (AGC) at the Eko Hotel and Suites in Lagos.
Ozekhome berated lawyers for not pouring out on the streets and shutting down government to protest Onnoghen’s prosecution and conviction by the Code of Conduct Tribunal (CCT).
According to him, this was what lawyers in Pakistan did when former President Pervez Musharaf “unlawfully” removed the country’s Chief Justice.
But Ozekhome received a sharp reply from Falana who reminded him that the Pakistani CJ was not unlawfully removed under a cloud of having unexplained wealth, just like Onnoghen.
Falana also questioned the commitment of Dr Olisa Agbakoba SAN to human rights causes, like both men used to do “in the eighties”.
Agbakoba, who is moderating the session, gave him an instant reply.
Details later…
sharing is Caring... Please Share

Give Us State Police, Our People Are Being Killed – Afenifere... 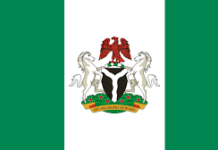 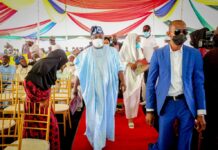 Our Economy Needs To Be Salvaged, Speaker Obasa -Says Lagos... 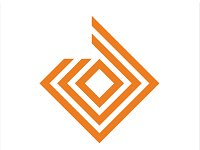