The Minister of Works and Housing, Babatunde Fashola, has listed eight roads to be urgently fixed by the federal government to ease transportation across the country.

Fashola, who spoke in his office in Abuja when he met with officials of the Nigerian National Petroleum Corporation (NNPC), said the projects include:
1. Suleja-Bida-Lapai-Lambata;
2. Oyo–Ogbomosho-Ilorin;
3. Jebba-Mokwa-Tegina;
4. Benin-Sapele-Warri;
5. Benin-Auchi-Okenne;
6. Enugu-Onitsha;
7. Awka-Amansea and
8. Odukpani-Itu roads.
The minister said the government was already concluding arrangements to get the roads fixed as well as maintain others to ease transportation of petroleum products, a demand the officials of the NNPC had made.
He said while the Suleja-Lambata-Minna road was in a fairly good condition, work was ongoing on the Bida-Lapai-Lambata roads.
A statement by Stephen Kilebi, director of press in the ministry, quoted Fashola as explaining that the Bida–Minna road belongs to Niger state and is in a fairly good condition while the Suleja–Lambata–Minna road belongs to the federal government and being handled under SUKUK funding.
Fashola said his ministry had commenced discussions with the contractors handling the various road projects for the commencement of repair and rehabilitation works once the rains are over.
He further explained that funding has also been a challenge, adding that the Federal Government would endeavour to meet its financial obligations to the contractors handling the various road projects to ensure that they returned to the sites.
Fashola noted that the Oyo-Ogbomosho-Ilorin road is on-going but challenged by the current weather situation and funding while the old alignment of the Oyo-Ogbomosho route is receiving palliative attention.
sharing is Caring... Please Share 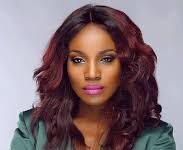