Barely two weeks after the Ekiti governorship election held, governor-elect Dr. Kayode Fayemi has vowed to probe into the state’s fiscal strength to guide him when he assumes office. He said the move became necessary in order to ascertain the state’s debt profile from the Debt Management Office (DMO) under the present administration, for him to have a good knowledge of the state’s finances. He Minister spoke on Wednesday during the inaugurating the Kayode Fayemi/APC Governorship Transition Committee, headed by Senator Olubunmi Adetumbi in Ado Ekiti.

The 32-member committee is to interface with the present government and dialogue with other interest groups on how his government can hit the ground running when inaugurated on October 16.
Fayemi declared that his government has no reason to fail the people of the state considering the experience he had garnered as a former governor of the state, which he said gave him a deep knowledgeable about the state.

However, he appealed to Governor Ayodele Fayose to henceforth devote 80 per cent of federal allocation accruing to the state to offset the backlog of salaries and pensions owed workers in the state to improve their welfare. Fayemi commended Ekiti people for reposing confidence in the party while also lauding the resilience of party members and commitment, which he said brought about the overwhelming victory the party recorded in the July 14 governorship election in the state.

He charged the committee members to exhibit spirit of patriotism by being painstaking in scrutinizing the financial dealings of the present government and how best to approach the policies for the benefit of Ekiti people. Fayemi told the people not to view the composition of the panel to mean that those that would form the cabinet had already been identified , advising that “people should not use them to begin to draw permutations on how our appointments will look like”.

According to him, “Let me say this, neither my Deputy Governor-elect, Chief Bisi Egbeyemi and myself considered ourselves as having repository of knowledge or have answers to all Ekiti’s problems, so we are relying on your wealth of experiences. “In your report, tell us those things we should not lay our hands on at all. Also endeavour to indicate those things we can do to have immediate impacts on our people when we assume office, that is the most important thing to the incoming government.

“If you look at the configuration of this committee, we have more financial experts with deep knowledge of fiscal issues . There are four former Commissioners, because finance is the main thing in Ekiti on the premise that our situations have worsened than we left it on October 2014.

“Our people are in serious mess, poverty has risen and we have to move fast and ameliorate their sufferings .
“I want to appeal to the present government, particularly the Ekiti workers to cooperate with the committee in the spirit of patriotism. They should think more about Ekiti interest than that of any individual.

“I see no reason why Fayose’s government would not want to cooperate with you, because this was what we did in 2014 and which the whole Nigeria commended”. Fayemi directed the committee to submit its interim report on August 24 and final report on September 7, 2018.
Adetumbi, who commended Fayemi for counting them worthy, assured Fayose’s government that the committee will act as more of a friend than an enemy. “We want to assure the good citizens of Ekiti State that we are not going to act as enemies or adversaries . We are going to be friendly and that we shall do for the benefit of our State”, he said. 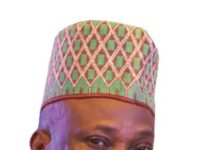 ‘You And The APC Do Not Have The Answer’ Obasanjo Condemns...