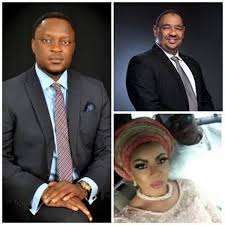 At last, Moyo Thomas, the lady who allegedly had an affair with Adam Nuru, the Managing Director of First City Monument Bank, culminating in two children, has broken her silence for the first time since the scandal broke in late December.

A national Newspaper on Saturday reported Ms Thomas as saying that on no occasion did she tell her deceased husband, Tunde, that he was not the father of her two children.
Thousands signed a petition asking the Central Bank of Nigeria (CBN) to sack Adam Nuru, managing director of FCMB.
The petition alleged that Mr. Nuru was responsible for the demise of Tunde Thomas.
Tunde was said to have died of depression on December 16, 2020.
It alleged that Moyo had informed her husband that she was leaving Nigeria for the United States with the kids only to call him upon arrival that the children do not belong to him.
The petition claimed the news initially caused Mr Thomas to be down with a stroke but later recovered and thereafter met another lady whom he planned to marry.
But according to a statement titled, “Tunde is the Father of My Kids” reportedly written by Ms Thomas’s friends and published in Thisday, she explained why she decided to remain silent amid a myriad of allegations.
“On no occasion did I ever tell him he was not the father of our two children. It is, therefore, deliberate falsehood and certainly malicious to allege and insinuate that I informed him that the children are not his,’’ the statement partly rea
sharing is Caring... Please Share 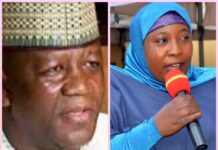