A cross section of Participants in the last edition of Export Management Programme 4 (EMP4) organised by Fidelity Bank Plc at Lagos Business School.

FIDELITY Bank Plc, is set to celebrate the first anniversary of its highly regarded Export Management Programme (EMP).Launched in 2016, the EMP is a sector focused capacity building programme run by the Bank in partnership with the Pan-Atlantic University and the Nigerian Export Promotions Council (NEPC), to deliver impactful, world-class export management education to aspiring and existing players in the non-oil export sector of the Nigerian economy.

Managing Director and Chief Executive Officer of the Bank, Nnamdi Okonkwo, who gave valuable insights into the rationale behind establishing the EMP, stated that the financial institution remains highly committed to aiding the diversification of Nigeria’s monolithic economy particularly through import substitution and export promotion.

“We finance a lot of micro, small and medium enterprises (MSMEs) in Nigeria. A number of these MSMEs have strong export potentials. It was therefore a natural fit for us to partner with the Lagos Business School (LBS) and the Nigerian Export Promotions Council (NEPC) to make this happen given in particular, recent developments in the global oil markets and the impact they have had on the Nigerian economy” he said.

Four streams of the EMP have since been held since 2016 whilst efforts are in top gear to host the fifth stream (EMP 5) which has been scheduled for Monday, 25th September to Friday, 29th September, 2017.

Meanwhile the bank last week unveiled a savings promo, ‘Get Alert’ aimed at attractin more people into the banking industry

Speaking in a press conference to kick-start the savings promo, Okonkwo said, “This promo for customers is an opportunity for many of the unbanked to become involved. Many people will hear the message passed today and many for the first time will walk into a bank,

Represented by the Executive Director, Shared Service Fidelity Bank, Mrs Chijioke Ugochukwu said: “This promo for customers is an opportunity for many of the unbanked to become involved. Many people will hear the message passed today and many for the first time will walk into a bank,

Speaking during the conference, Okonkwo said: “This is the seventh promo that the bank will be running in the past 13 years. The promo will run for six months and end in March 2018. It is the biggest promo ever and for the first time we will be giving away a grand prize of N10 million, consolation prizes of refrigerators, generators, a TV set among several other prizes. 200 winners will be there.” 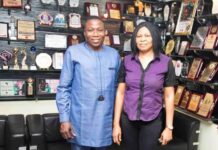 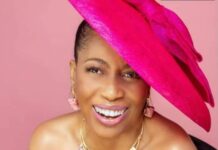